Wednesday morning bright and early with a temp of 28 degrees we slogged through all the mud left from our six inches of snow loading last minute items into the motorhome. And we were off with us in the lead heading for the Bitterroot Valley and the Magruder Corridor. We traveled through the valley of beaver slide haystacks and fields almost covered with hay bales–I sure wouldn’t want to have to pick up all that hay!  Please excuse the dirty motorhome windshield! 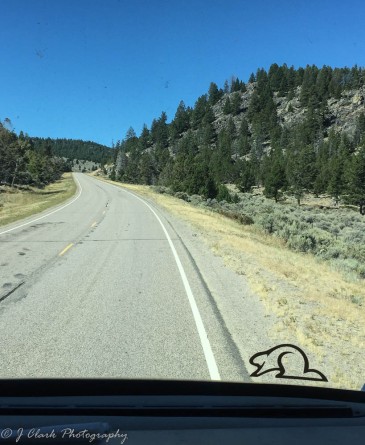 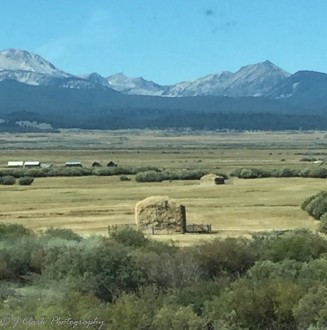 We stopped at the Big Hole Battlefield National Battlefield touring a bit, watching the informative movie and having our lunch. Geri and Larry took the lead–a couple years ago they came through the area and scouted boondocking locations. The premier spots were open on Wednesday afternoon and we were soon enjoying the warm temps and the company. Lonn came on Tuesday and he was set up just across the road from us.

It was a chilly night and Thursday morning the temps were about 40 degrees–we elected to get a later start and wait for the sun to get a bit higher in the sky–but it was still dang chilly when we left our campsites at 10am. In 2016 the two of us and Larry and Geri along with Canadian friends Elmer and Heneritta rode one half of the Magruder Corridor. Here is a link to the story about this road and our trip in 2016--the Magruder Corridor. 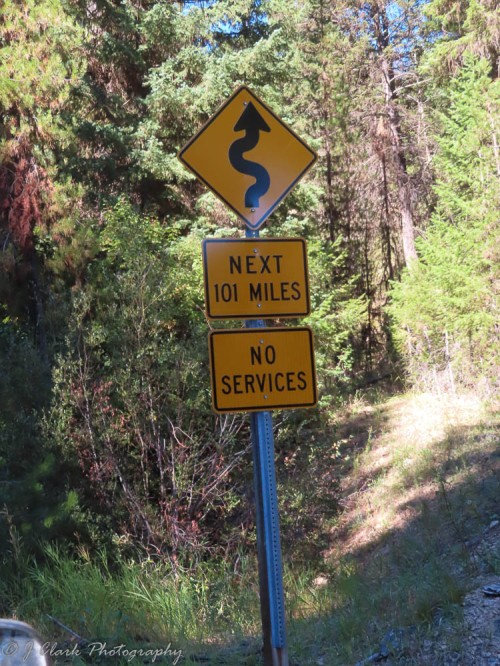 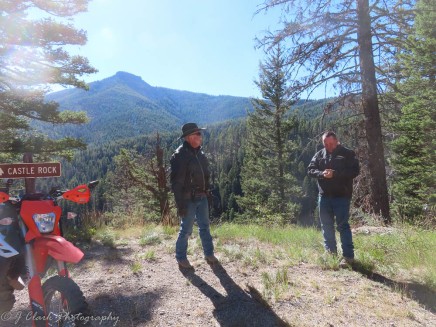 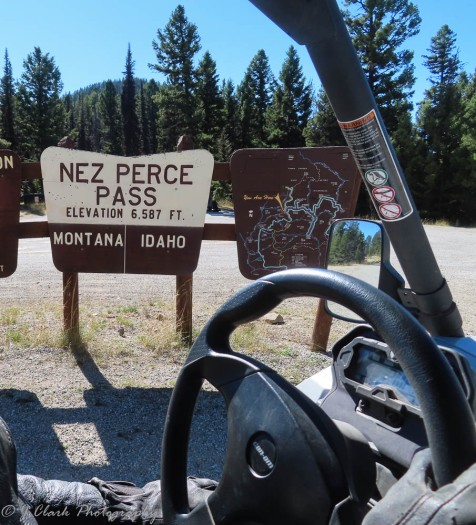 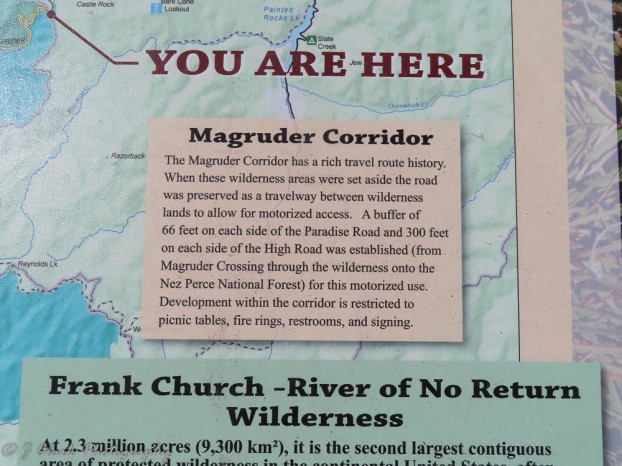 Four years later we were going to ride the other half of the Corridor, sadly without Elmer and Heneritta. The Montana end of the road has many miles of pavement which is odd but on the other hand, it wasn’t dusty! 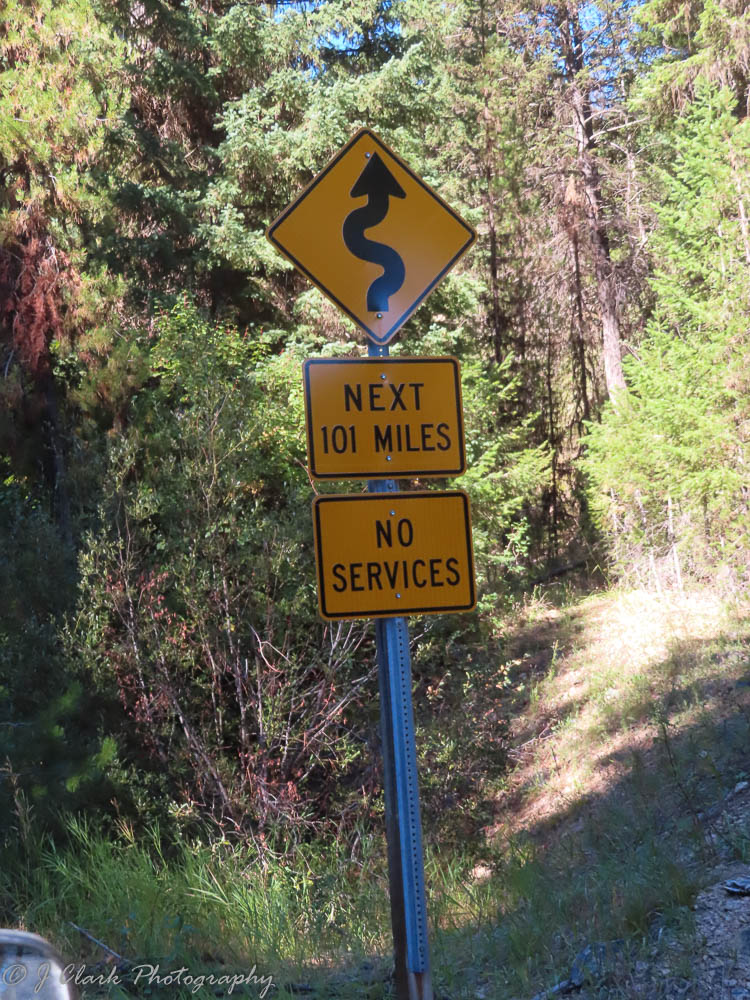 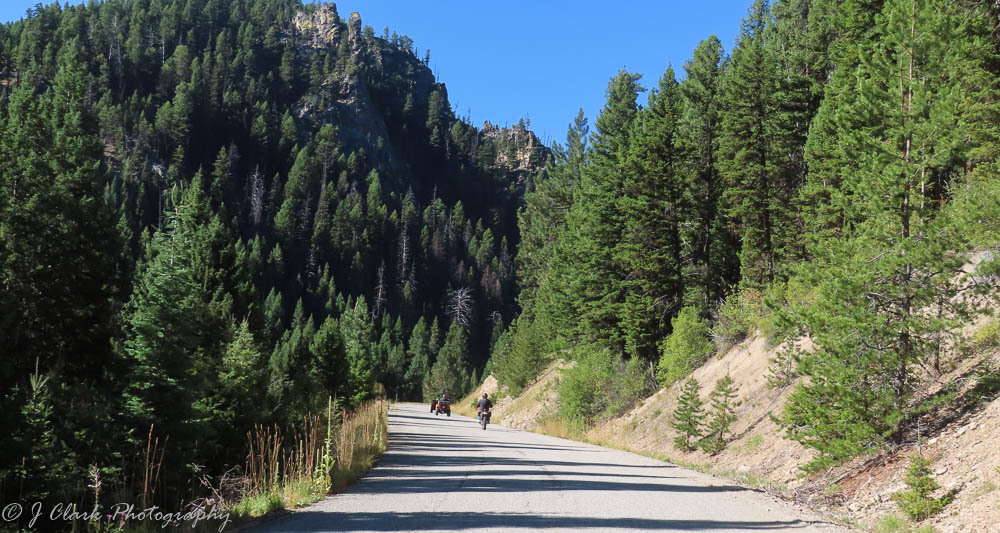 We traveled 40+ miles that first day, touring several of the roads branching off from the Magruder. This fire tower was empty and we later found out the folks who man these towers have one day off each week. 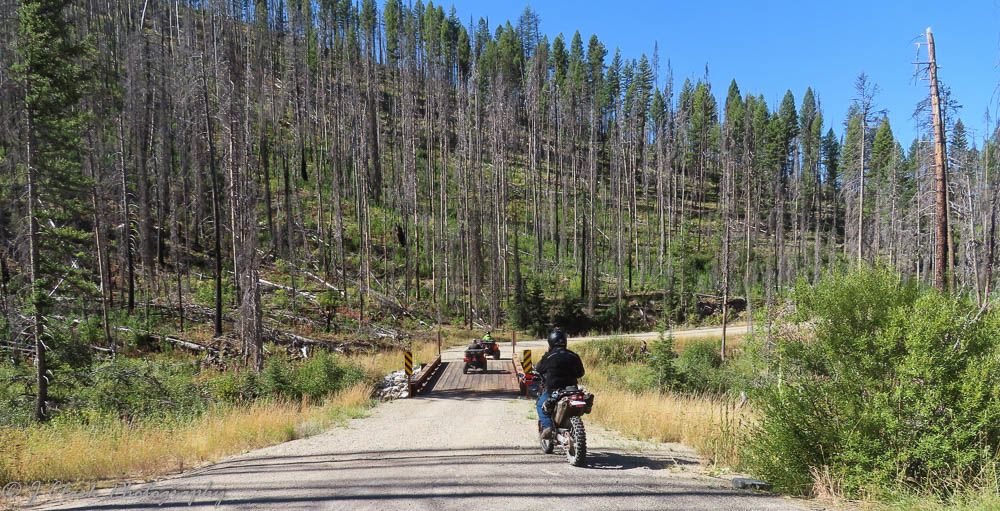 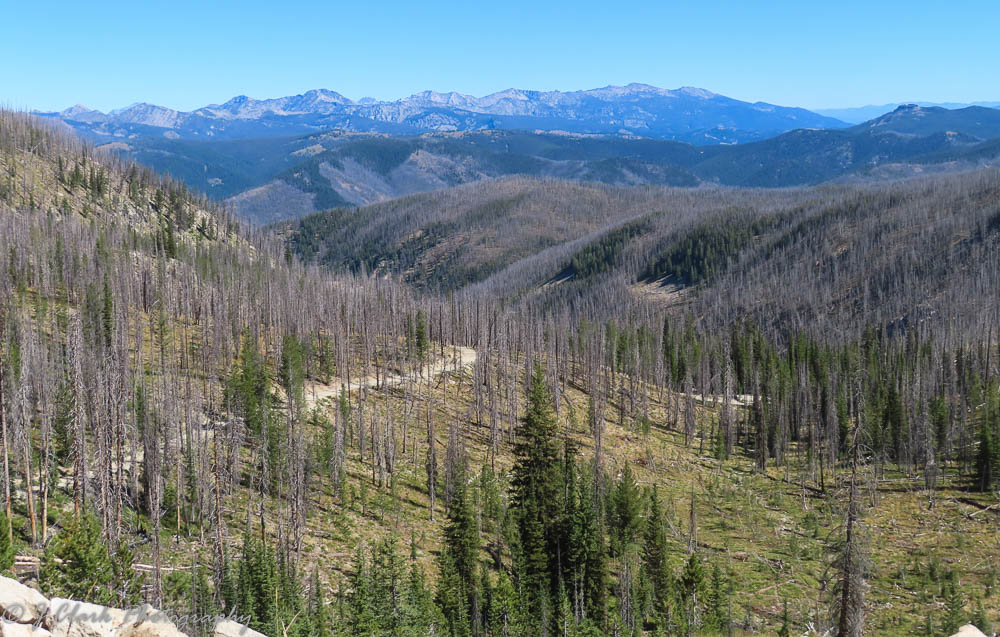 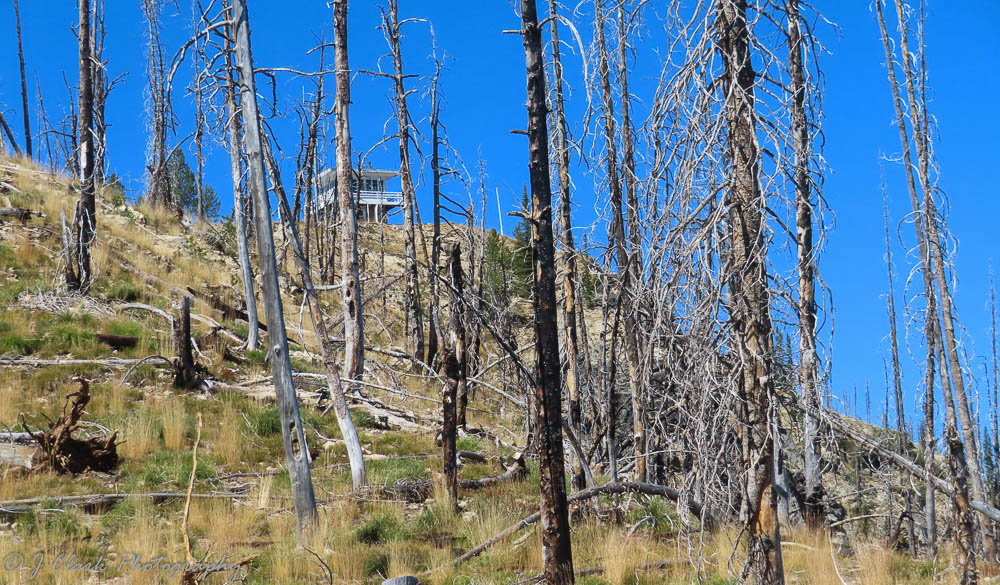 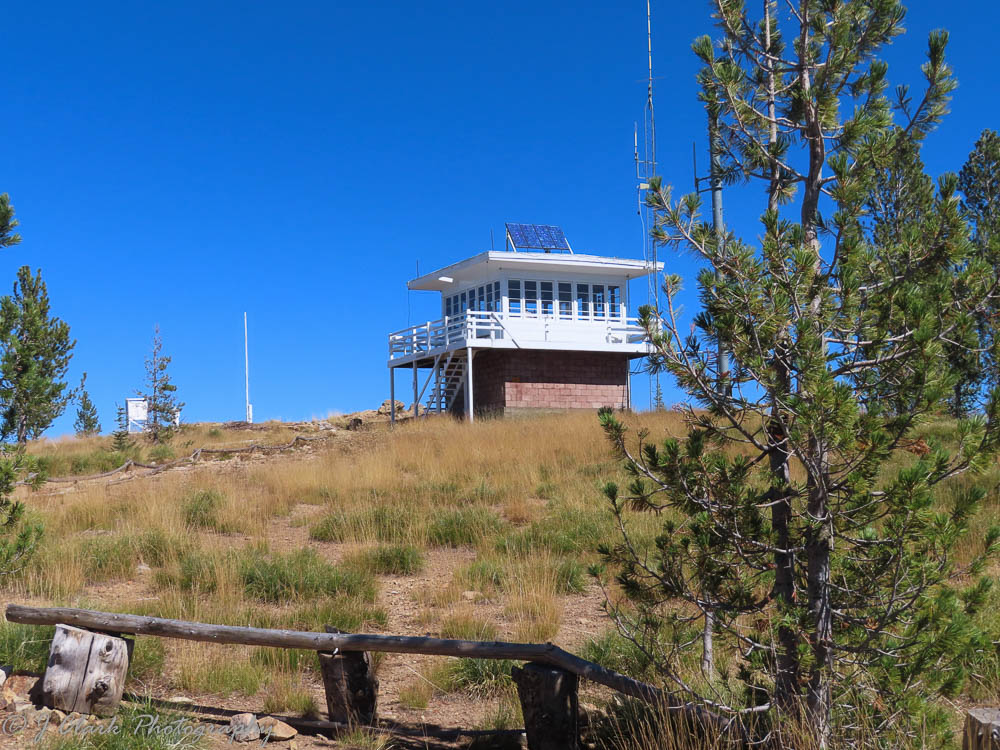 We had clear skies and smokey skies depending on which direction you were heading or looking.

In the evenings we dined well–I cooked the first evening, Lonn the second and Geri fed us the third night. Lonn headed for home after our ride on Friday and on Saturday night we ate the beef stew I had made before we left home.

Friday we backtracked on the actual Magruder Corridor road and traveled to the point where we had to turn around in 2016 due to a mud slide closing the rest of the road. We traveled 103 miles by the time we finished that day–whew–that’s a long day of ATV riding. 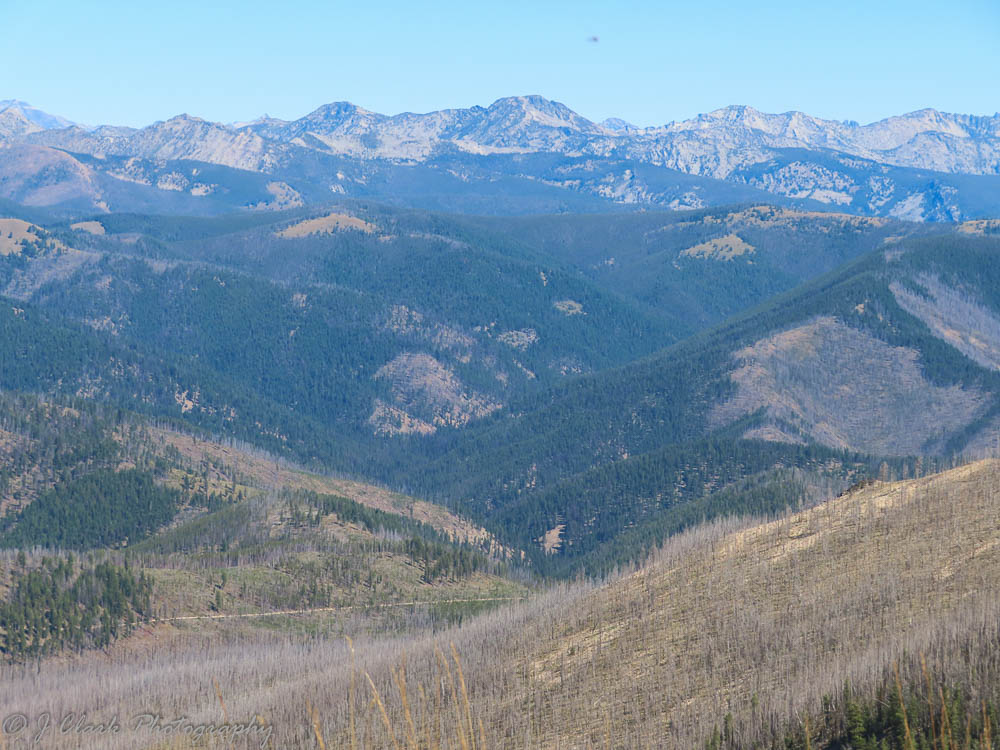 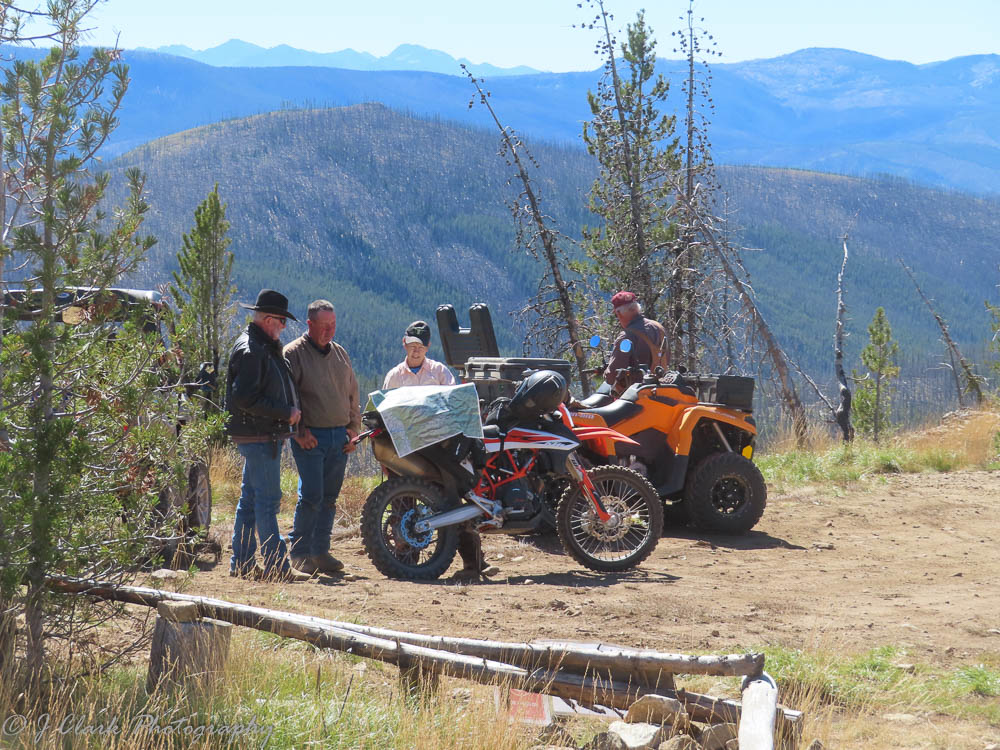 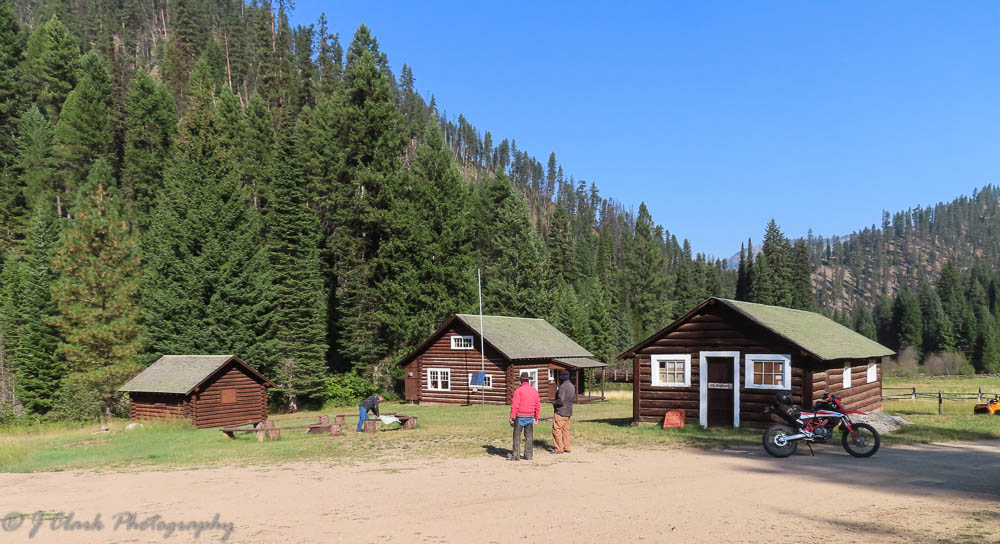 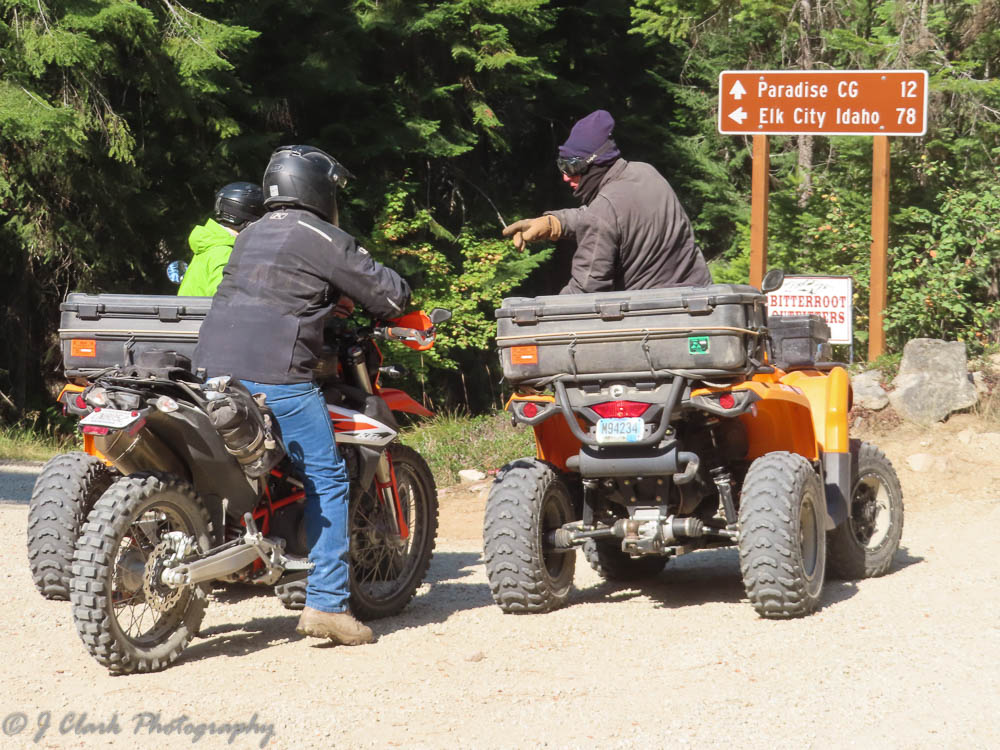 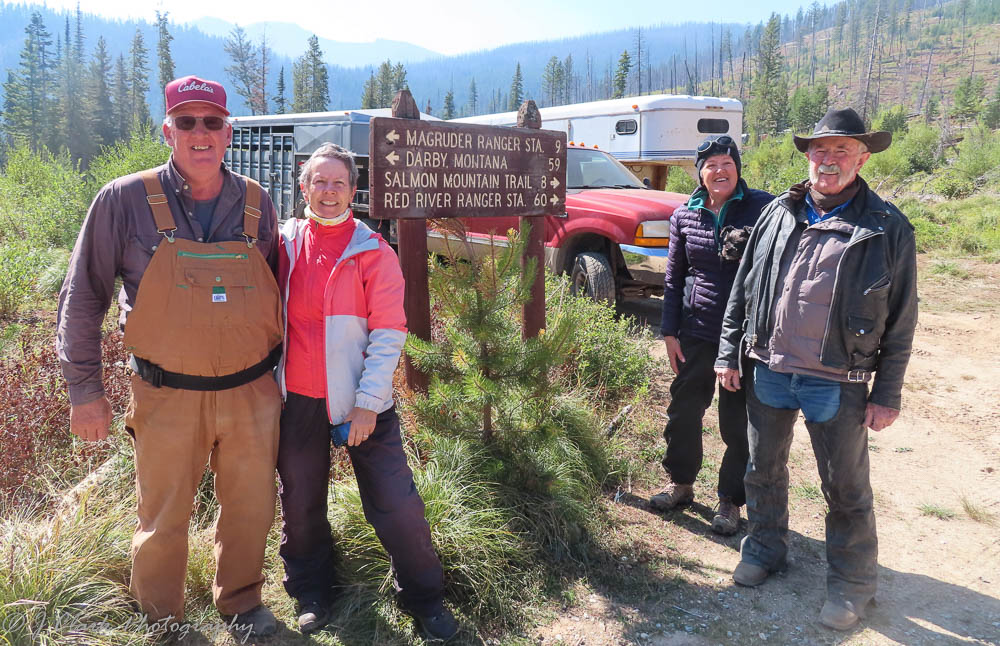 Notice our attire–this was at our turn around spot and we had lunch there–it was still dang chilly at noon!! 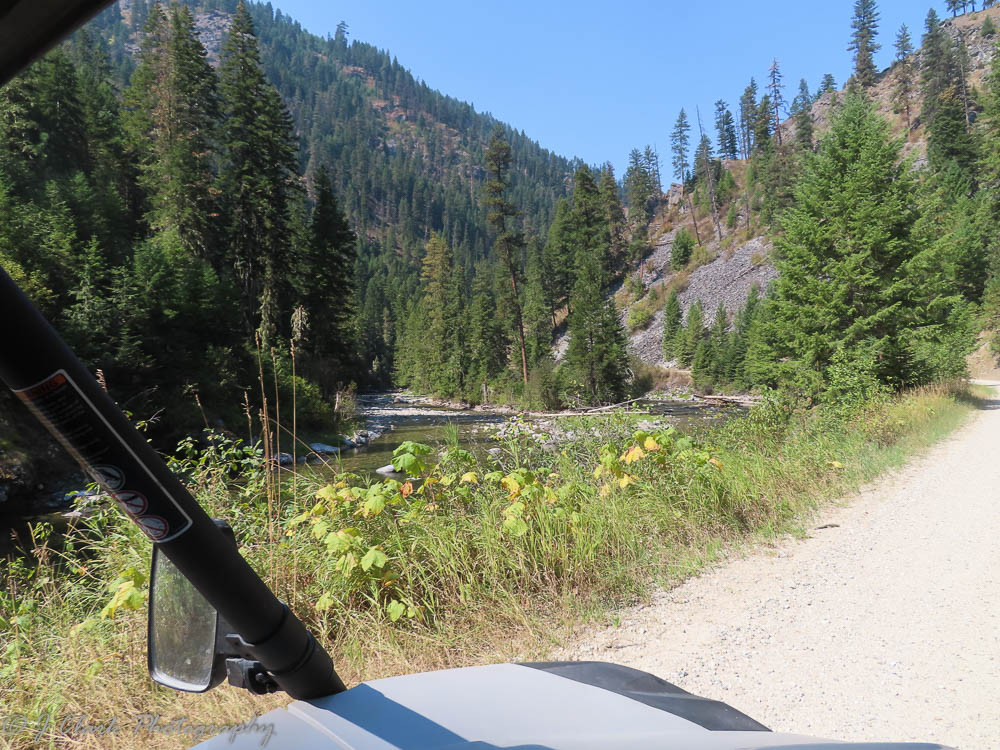 We rode on Saturday but that’s enough photos and words for one day! Sunday morning Larry and Geri headed south to Blackfoot, Idaho to visit our friends Joe and Kathy before making their way back to North Ranch. The Cowboy and I are home and the inside of the motorhome is unloaded. The snow didn’t damage our new flowers and the place looks great–life is good! 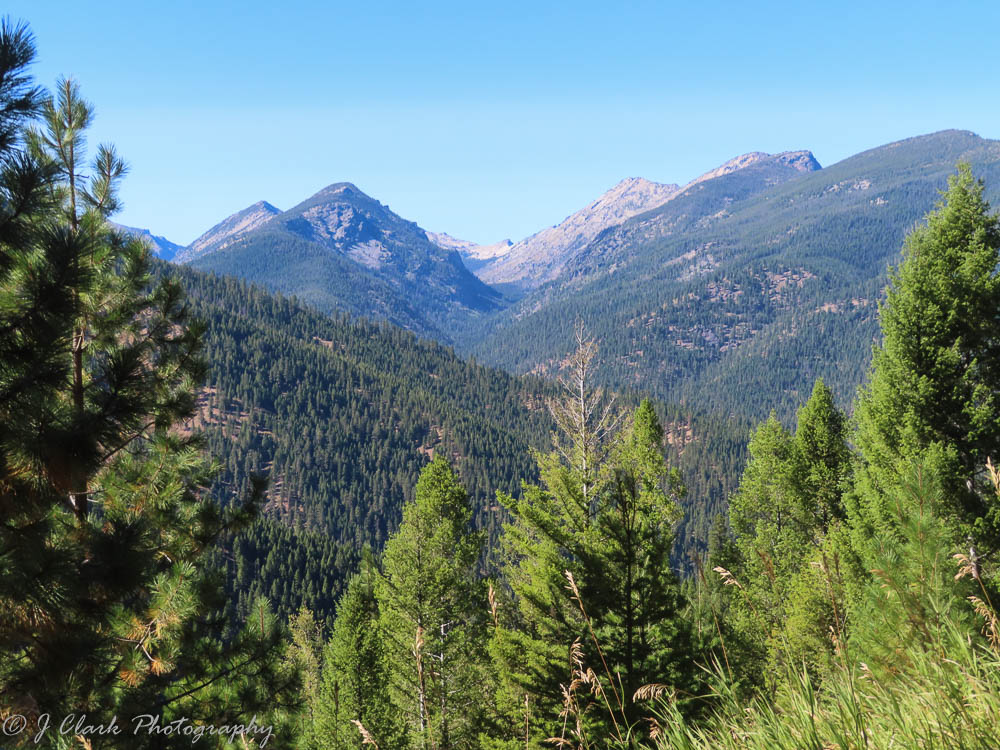 10 thoughts on “Another Great ATV Trip Is In The Books”