We left home about 9am on Thursday and our wheels on the motorhome and trailer still roll. Our trip was uneventful and we were at North Ranch by 3pm after stopping in Wickenburg for gas and propane. Larry and Geri before retirement built from scratch the Broken Arrow campground in Custer, South Dakota. They still know how to run a mighty nice campground!😁They were glad to see Emmi and us too, we think! We are parked in their backyard with full hookups and a potluck party was planned for happy hour/supper. It was so incredibly good to see all our friends and to meet some new people who have joined the ATV gang. Larry moves all his “toys” out of the garage and they set up tables and chairs–it was toasty warm for a few hours of visiting. 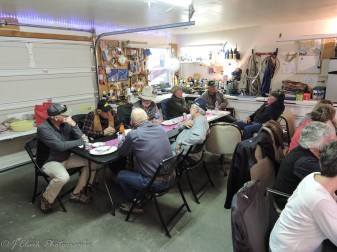 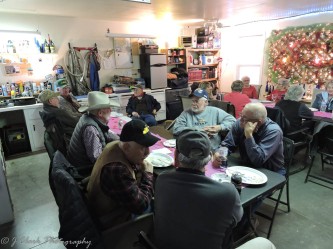 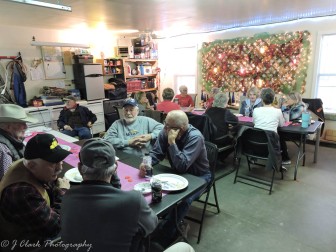 Friday Geri and Larry headed to Phoenix–a neighbor ended up in the hospital yesterday and needed some things so Geri and Larry “broke” into his house, found the things and went to Phoenix. The Cowboy and I relaxed–no projects other than a walk in the desert with the pooch and enjoying the warm sunshine.

Many of you long time blog writers and readers will remember Mike McFall, our friend who died back in October after a long battle with prostate cancer. Mike was 84 years old when he died and had lived a good life–insurance agency owner, state trooper, cowboy, volunteer law enforcement at Custer State Park, full time RVer in a “big rig”–semi pulling a huge luxury 5th wheel and graduating to his beloved Foretravel motorhome. He and Pat sold tire pressure monitoring systems for several years. He loved his guns and shooting and he loved happy hour. The joke among his friends was Mike believed in happy HOUR–then it was time for everyone to go home. The memorial service Friday afternoon was a fitting tribute to Mike.

Saturday morning thirteen of us headed out across the desert and “up the hill” for breakfast in Yarnell. The Ranch House is a tiny restaurant but can churn out the food. The Cowboy and I have been trying to eat less sugar and I fell off the wagon having french toast for breakfast. After breakfast we loaded the rigs and headed out to see some country the ATV gang had never seen–highly unusual as most of these folks have lived at North Ranch and ridden out the back gate for many, many years. It was a beautiful cloudless day, a bit chilly early in the morning but the afternoon temps were perfect! 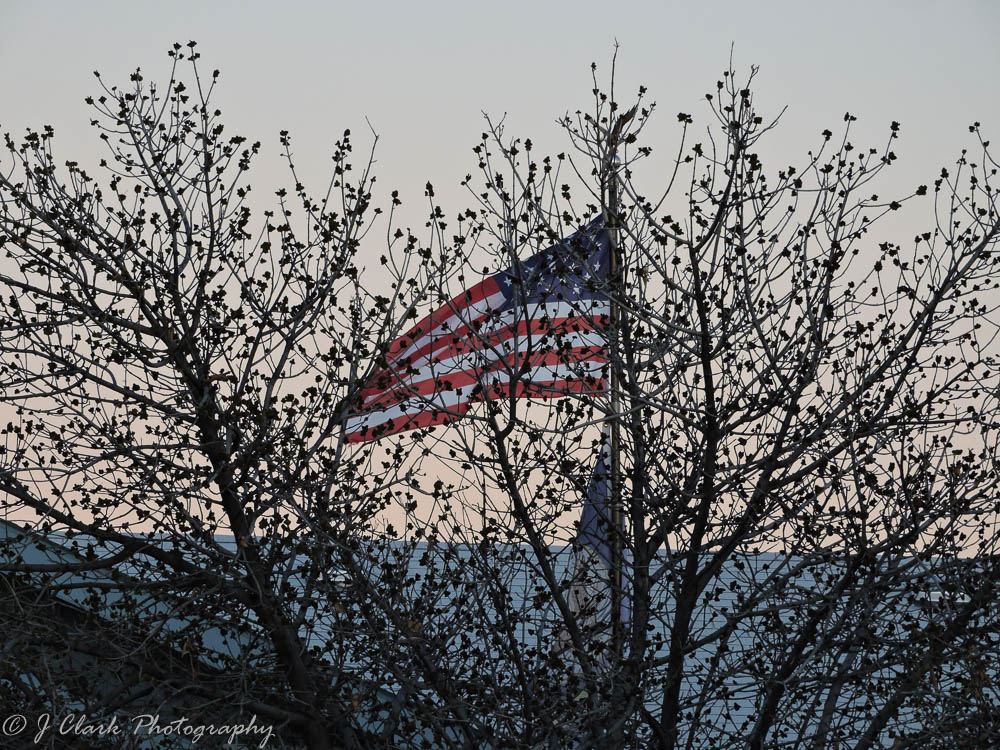 It’s impossible to get lost behind Larry and Geri’s new rigs–those ATVs are BRIGHT! 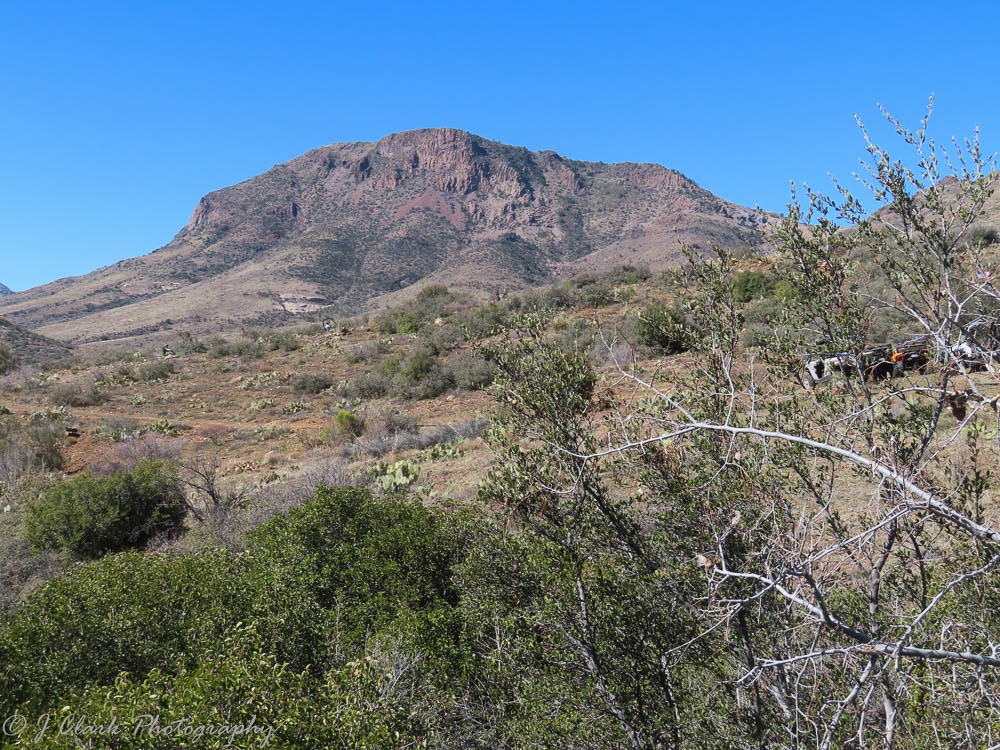 Sunday afternoon we dropped in on Bonnie and Robert who are in the process of building a gorgeous new home on one of the outer perimeter lots of North Ranch. They are far enough along in the construction process to be “camping” in the home and it is truly going to be a stunning home with awesome views of the desert and mountains. It was so good to see them both–thanks for the tour Bonnie and Robert! Sunday evening we were going to go out to Jaxon Hole–a North Ranch gathering spot in the desert with fire pit, rustic tables and views. Our plans were to grill some hot dogs and visit around a campground but the wind wasn’t cooperating and we decided to be smart and not build any fires. Instead we spent the evening solving the problems of the world–if the world would only listen!😉

Geri and I walked Emmi around the perimeter of the park and now we are all tucked in for the evening–life is good!

10 thoughts on “Nice To Take A Break”