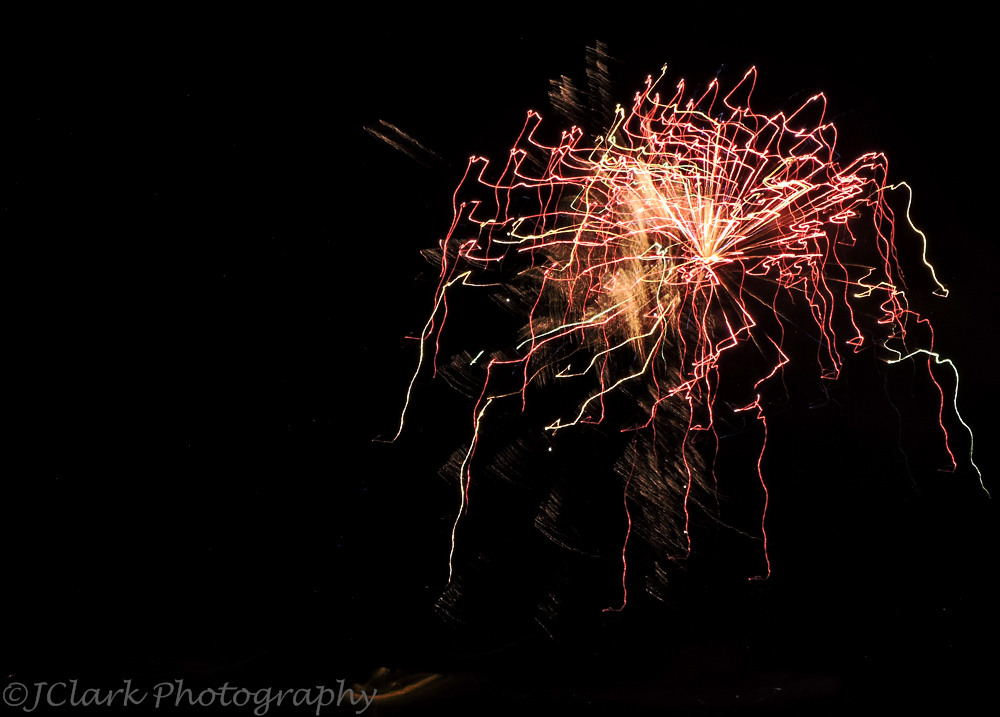 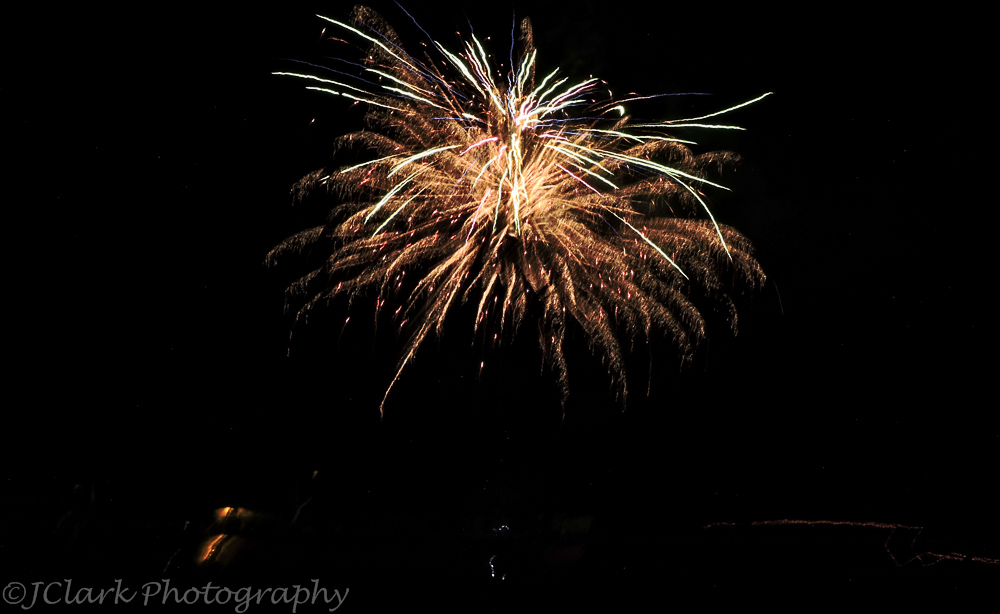 Happy New Year to all our family and friends. May the new year and decade bring you much health, happiness and prosperity. Our little Arizona community started a new tradition on New Year’s Eve–fireworks–and the fire department did a fabulous job using monies donated by our community. We watched from inside the warm house before heading off to Lisa and Lyndon’s for a New Year’s Eve party.

Friends and neighbors gathered in Lisa and Lyndon’s garage and enjoyed games and all the food everyone contributed. They have a pool table and ping pong table plus other people brought various games. The Cowboy and Lyndon won almost all the pool games–they were on a roll which is amazing as the last time the Cowboy played pool was on New Year’s Eve, 2019! 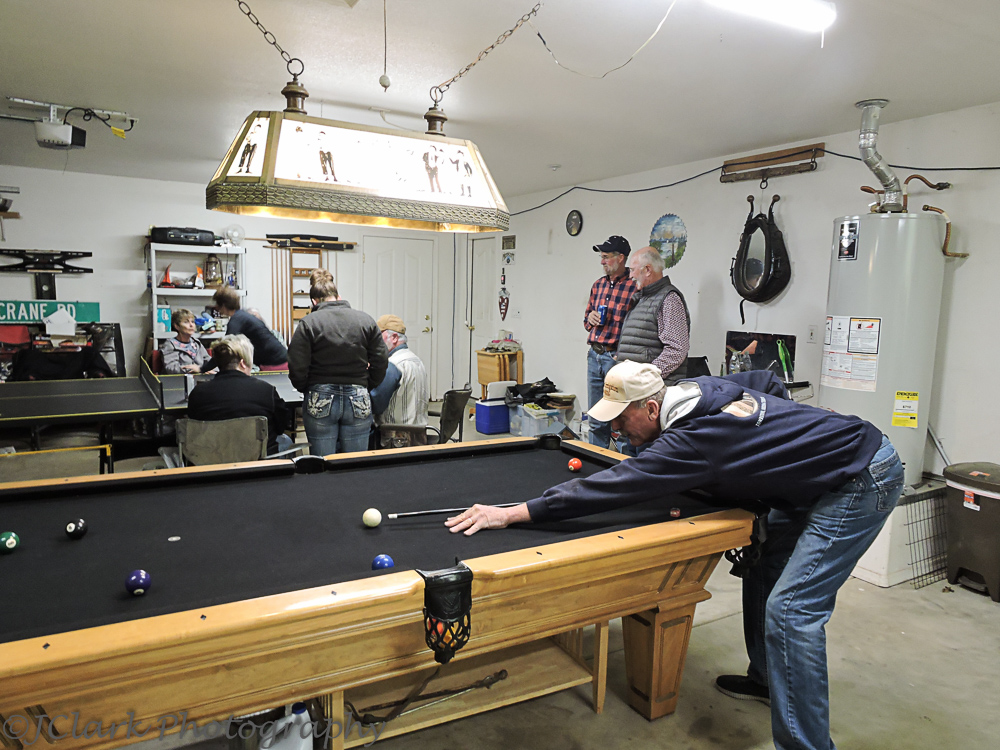 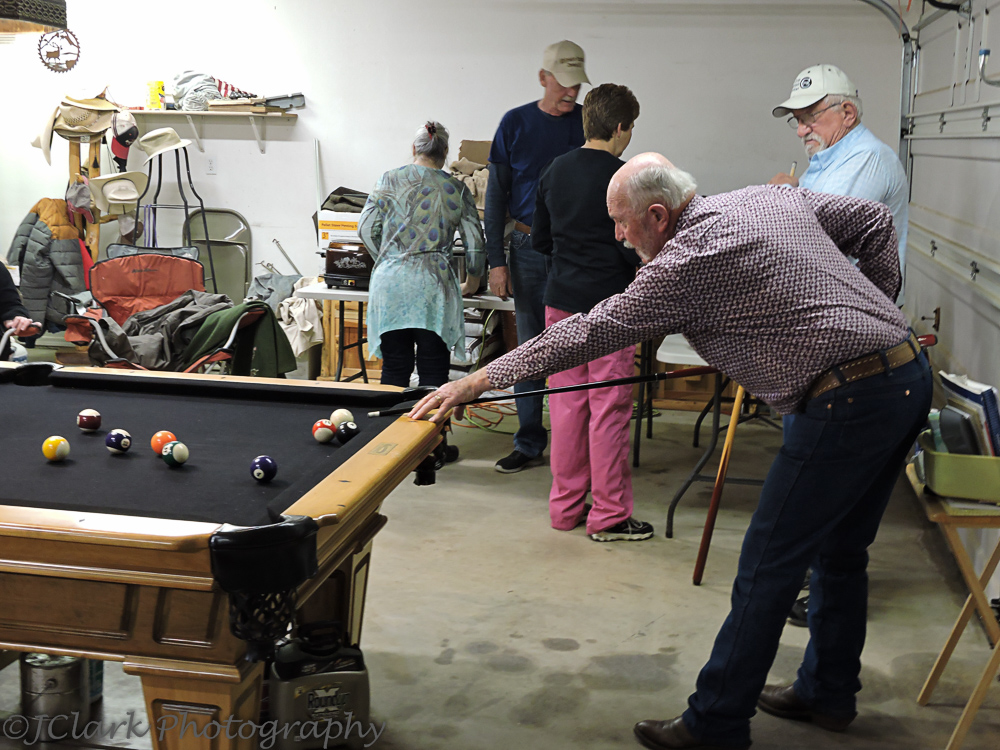 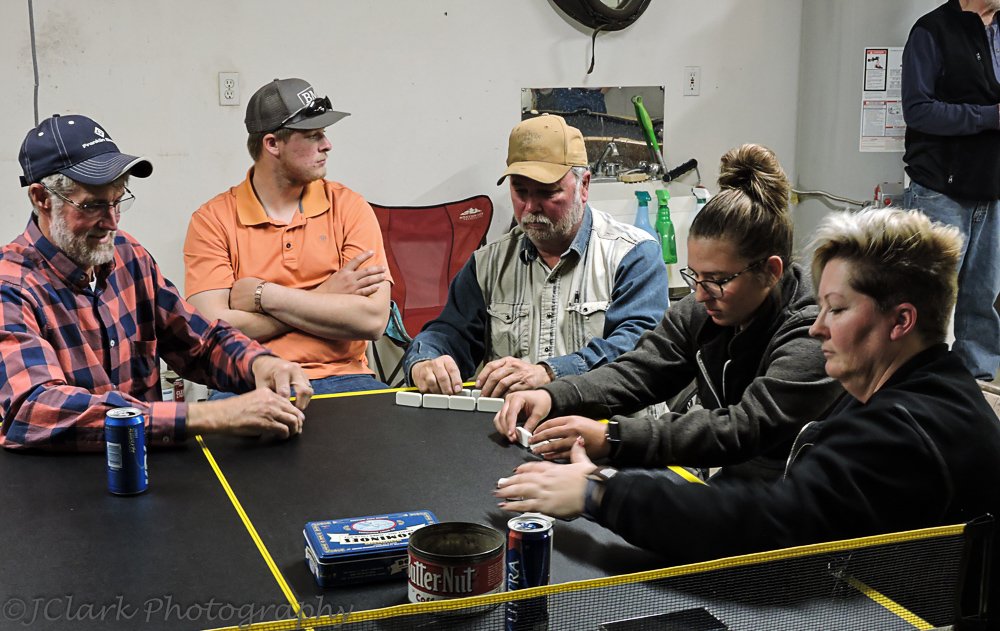 A serious game of dominoes!

We managed to stick with the socializing until about 10:30p–came home and managed to last until midnight–unusual for us!

Monday was a day of travel with my sister dropping me at the airport early while on her way to work. In Houston the plane had mechanical issues for a while then we were moved from gate B7 all the way to gate B79 so United could put us on another plane. The Cowboy and Emmi were so glad to see me as I was them. Emmi almost wiggled out of her skin when she caught sight of me. We had lunch and purchased some grout at Home Depot before heading down the road for home.

New Year’s Day was spent taking down and putting away all the Christmas stuff then cleaning the house–the dust bunnies had taken over while I was gone. Emmi and I took a couple walks and played with her Christmas present–a new nubby ball. The Cowboy received a new Samsung tablet–he’s not an Apple fan and the iPad handed down from his Dad is on its last legs we are thinking. My Toshiba laptop running Windows 7 is about eight years old and has started to act irrationally at times. So, Santa (aka the Cowboy) brought me a new Dell laptop with Windows 10. I haven’t even turned on the new computer–can an old dog learn new tricks???

On New Year’s Eve we went to Benson to sign some papers at the title office–we’ve purchased two lots which border our existing land. We enjoyed lunch at Mi Casa. It’s not the Cowboy’s favorite place to eat but when in Benson, it’s where we go. I on the other hand LOVE Mi Casa. I had the special and it was delicious! 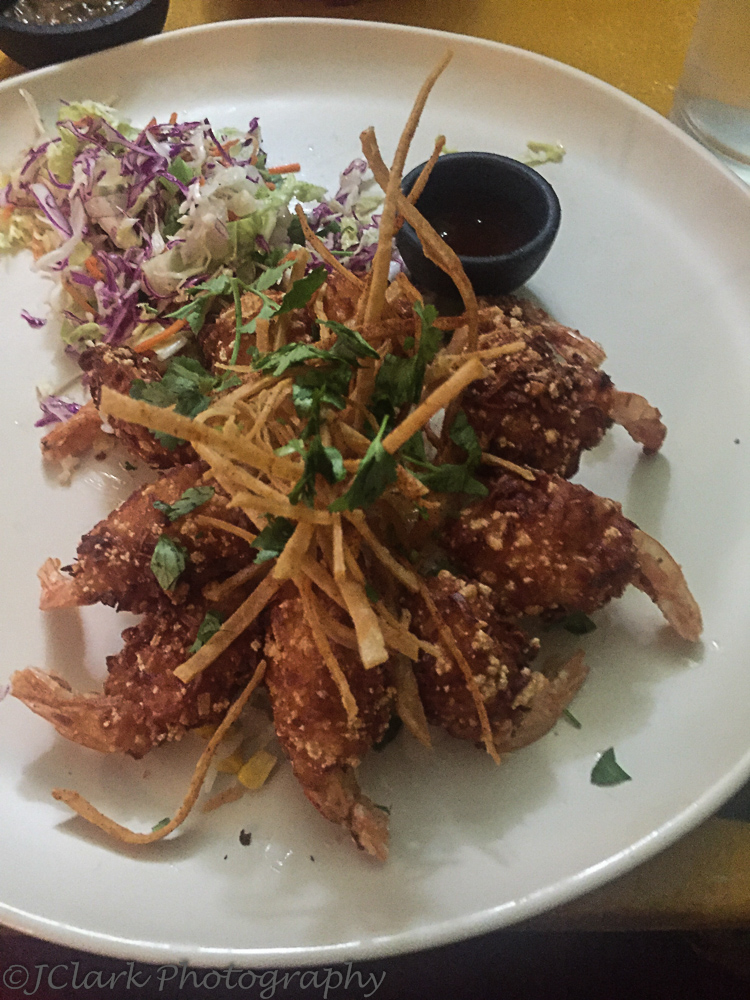 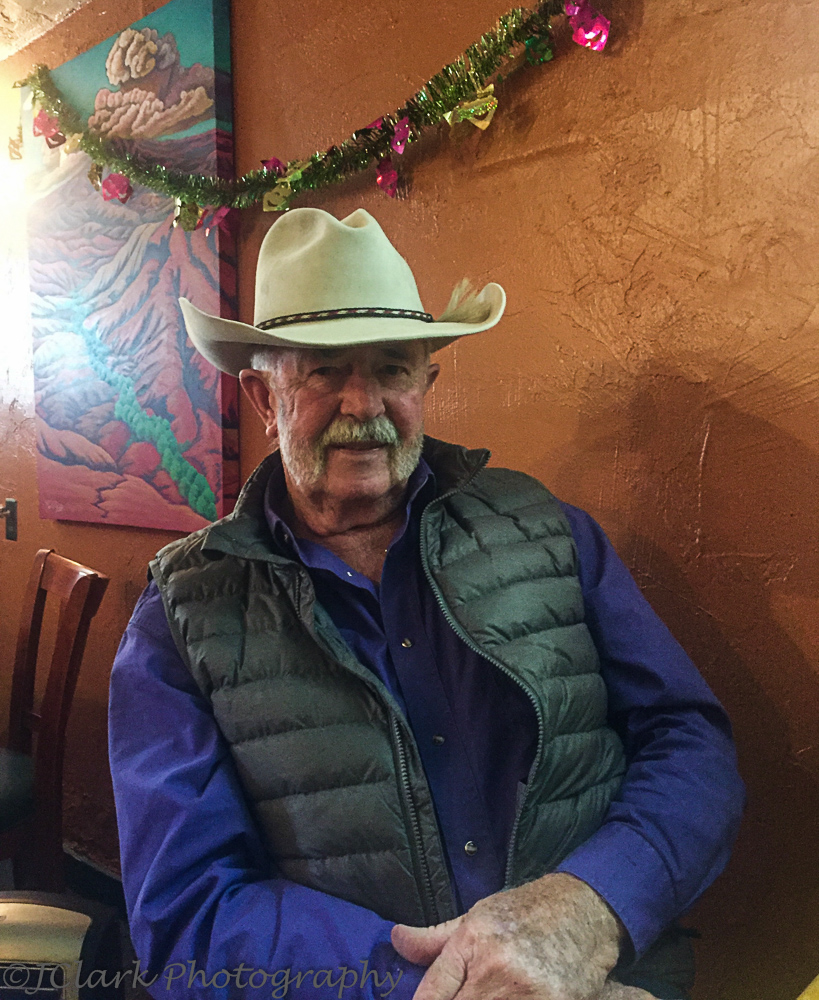 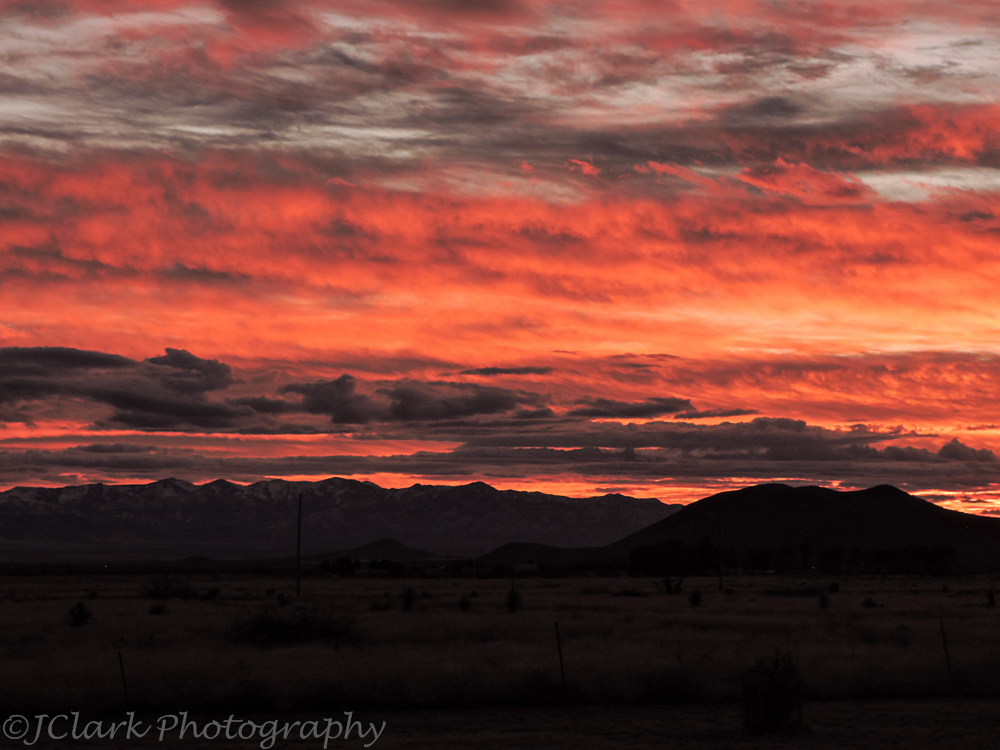 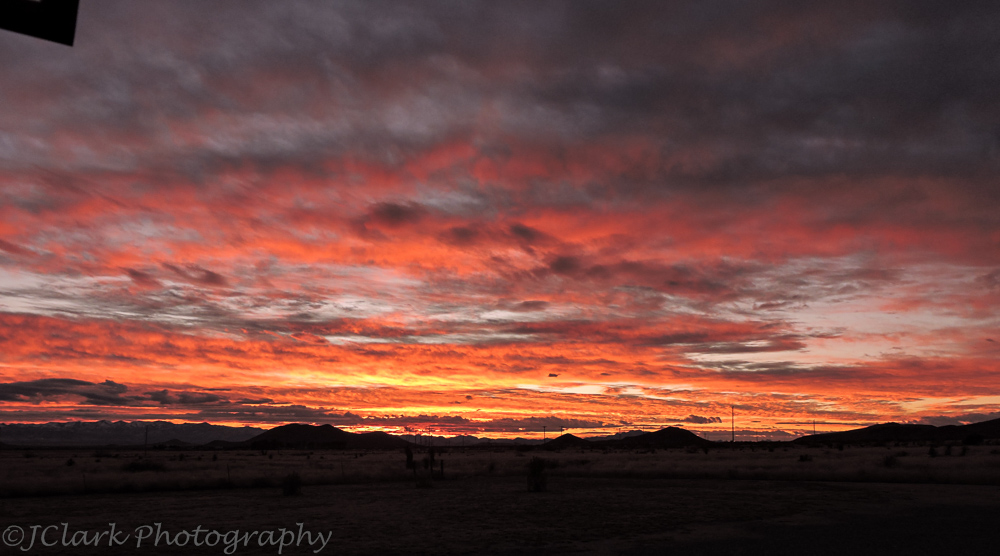