Moon going down over the Dragoons 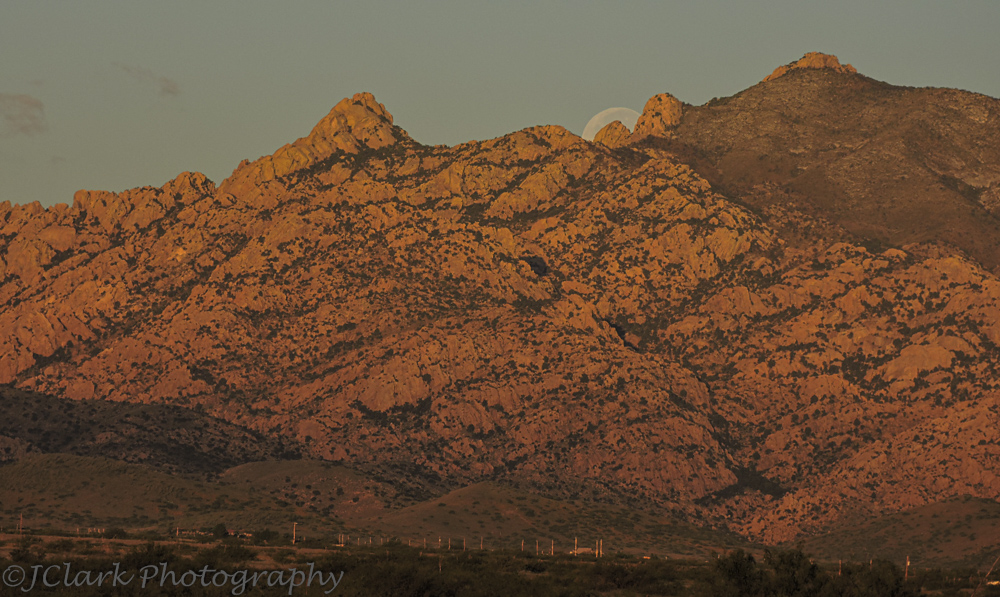 Almost down, peeking over the Dragoons

Moon coming up in a cloud bank.

Party is over, time to go back to work! Thursday I painted the hot water heater closet–part of the remodel of the remodel. One of the bedrooms in the main house was going to have two doors–one to the hallway and one into the bathroom and they were both originally going to be located in a corner. The Cowboy despises pocket doors–I love them because they take up no space in a room. So, in a semi-compromise we moved the location of the hot water tank and put the bedroom door to the hallway in the former location of the hot water tank–clear as mud, right! After the paint dried the Cowboy laid the tile flooring, grouted it Friday morning and then moved the hot water tank into its new spot.

The Cowboy has been working on the bedroom ceiling–lowering it a touch.  We tried to find some garage sales Friday morning but the people who advertised and put out signs obviously changed their minds!  I finished a great book–A Tangled Mercy by Joy Jordan-Lake set in Charleston, SC during the slave era and present day.

Mid afternoon Friday the Home Depot truck arrived with all the stuff we had ordered a week or so ago. Very nice and competent driver, Larry. He made short work of unloading, we moved some of the stuff into the house and garage–the rest of the stuff will stay outside for a while.

Saturday we had an exciting experience–we got to see Union Pacific’s No. 4014 The Big Boy steam locomotive.

Twenty-five Big Boys were built exclusively for Union Pacific Railroad, the first of which was delivered in 1941. The locomotives were 132 feet long and weighed 1.2 million pounds. Because of their great length, the frames of the Big Boys were “hinged,” or articulated, to allow them to negotiate curves. They had a 4-8-8-4 wheel arrangement, which meant they had four wheels on the leading set of “pilot” wheels which guided the engine, eight drivers, another set of eight drivers, and four wheels following which supported the rear of the locomotive. The massive engines normally operated between Ogden, Utah, and Cheyenne, Wyo.

There are seven Big Boys on public display in various cities around the country. They can be found in St. Louis, Missouri; Dallas, Texas; Omaha, Nebraska; Denver, Colorado; Scranton, Pennsylvania; Green Bay, Wisconsin; and Cheyenne, Wyoming.

Big Boy No. 4014 was delivered to Union Pacific in December 1941. The locomotive was retired in December 1961, having traveled 1,031,205 miles in its 20 years in service.  Union Pacific reacquired No. 4014 from the RailGiants Museum in Pomona, California, in 2013, and relocated it back to Cheyenne to begin a multi-year restoration process. It returned to service in May 2019 to celebrate the 150th Anniversary of the Transcontinental Railroad’s Completion.  from UP.com

It was thrilling to stand by the tracks and watch that gigantic train approach.

Oiling the pistons, has to be done at every stop. 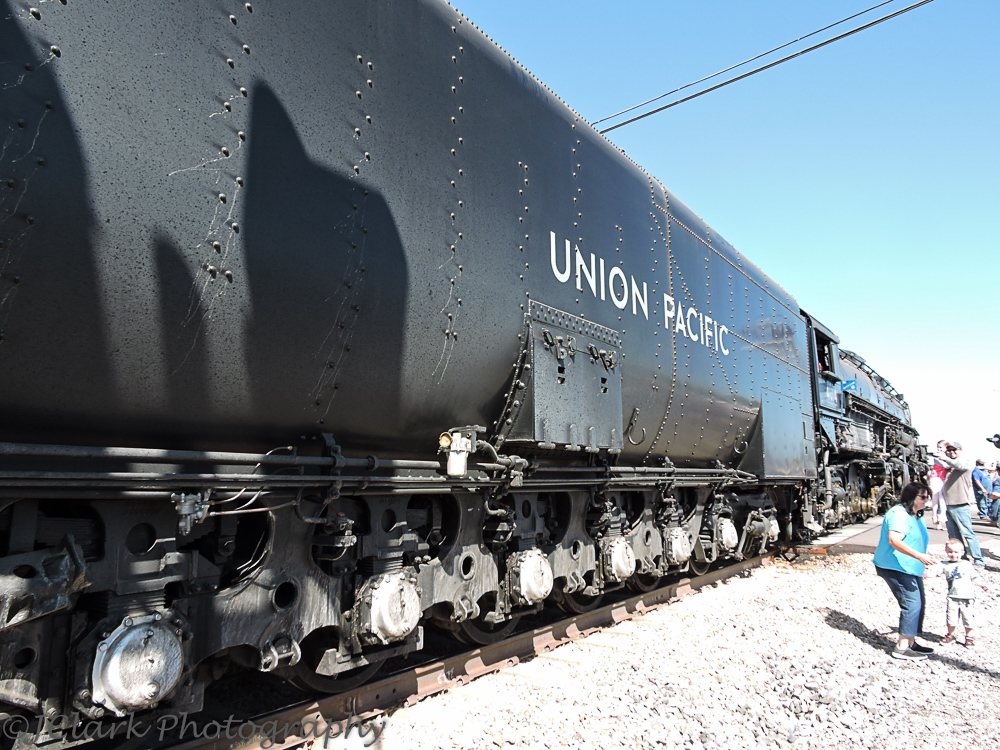 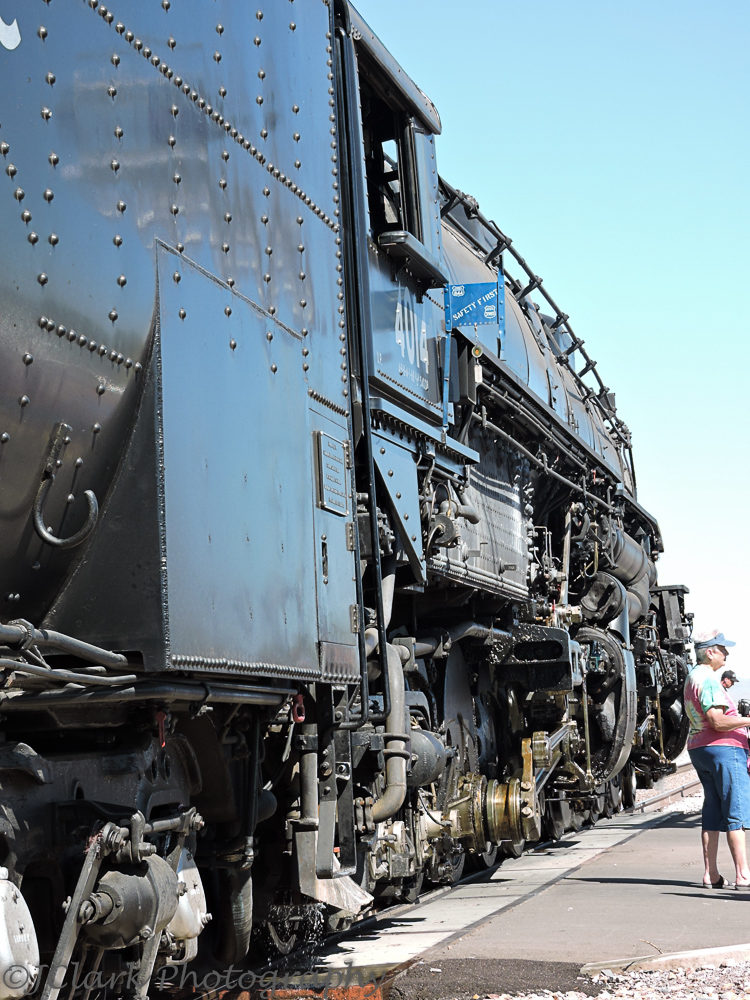 I know those guys! 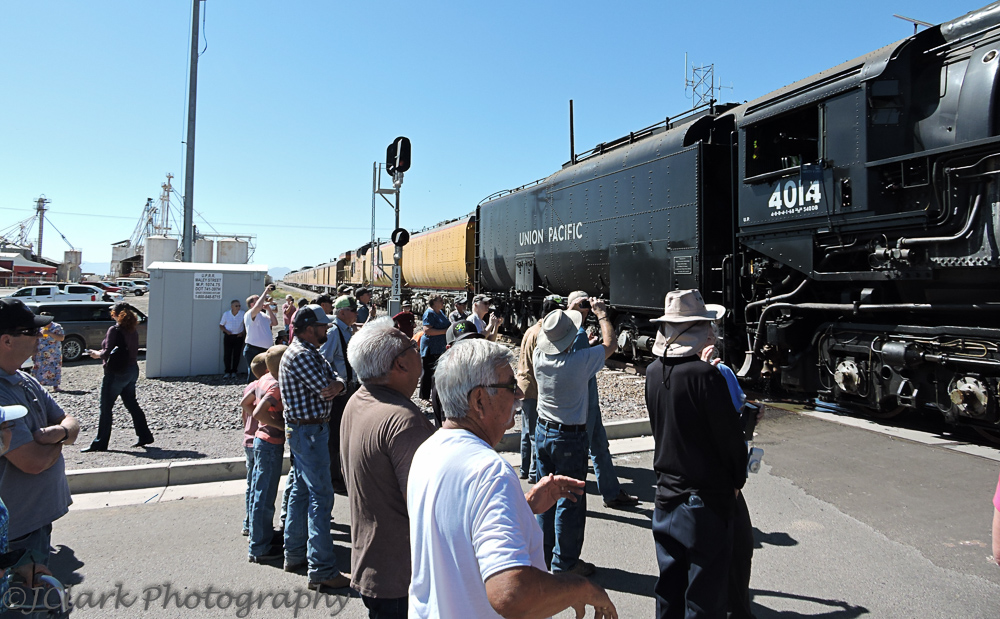 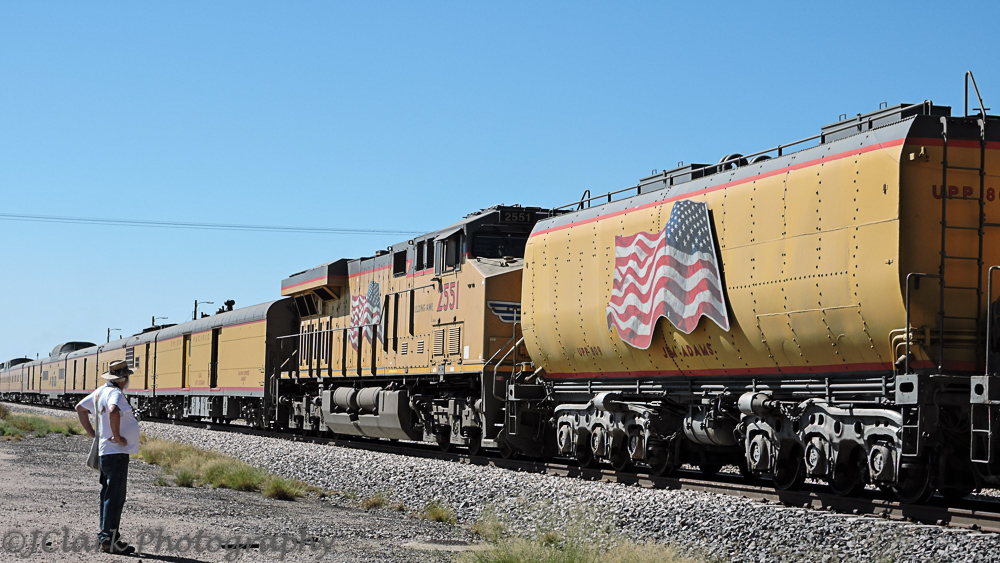 The whistle was loud and the engineer blew it long and loud for the crowd. Willcox was also having a wine festival and the little town was quite crowded. After the train left we headed to the Double S restaurant for lunch. We are glad Dan went with us. And as we were walking back toward the truck I heard someone say my name, I turned and there was a couple from the past–Jeanie and Ray from McNeal just south of us.  The Bayfield Bunch introduced us to Ray and Jeanie long ago–Al and Kelly used to ranch sit for them and we also stayed in this area. This link will take you to our other blog and our first visit with Jeanie and Ray.   As I read that post on TinTeePeeLogCabin I had to smile–we did a complete turn around about owning property didn’t we!

Before leaving for Willcox we started a little preliminary work on the front porch of the main house–I am so excited–I’ve been wanting that to happen but I don’t bug my contractor! 🙂 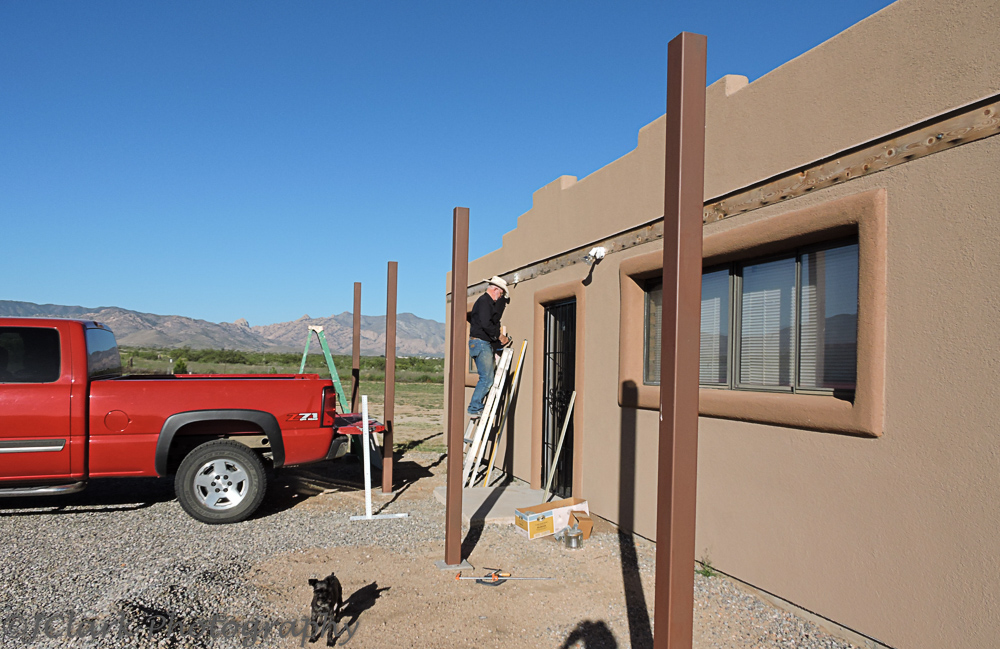 Sunday we went to church and when home the Cowboy finished installing the new hot water heater. In the late afternoon we went to the home of friends, Lyndon and Lisa where we met some new people and enjoyed a fabulous meal and conversation.  Life is good!

10 thoughts on “One Big Train”