Do you read books using a device such as a Kindle or an iPad?  Or do you prefer an actual book?  I love to read and it doesn’t matter to me how I read the book.  When traveling in the RV books on my iPad weigh a whole lot less than a stack of actual books. I always have several books loaded on the iPad when traveling by plane for the same reason–the ebooks weigh less.  I buy ebooks and used actual books plus I utilize two library systems for borrowing ebooks.  Today when I attempted to place a book on hold at the Pima County Library System I received this message–

Whistling Past the Graveyard by Susan Crandall

Your holds position: #1 on 0 copies

Note:The license for this title has expired. Your hold will start moving forward if the library purchases the title again.

Libraries in the past purchased ebooks from publishers and owned those ebooks forever as they do with purchased actual books.  Libraries pay publishers double and sometimes triple the price you and I would pay for an ebook.  Libraries should be able to keep those purchased ebooks forever. Instead, publishers are eliminating the “perpetual access” model and going to a two year access model.  Libraries will have to keep purchasing the ebooks over and over again if they want to maintain a copy in their system. This particular book, Whistling Past The Graveyard was published by Gallery Books and I’m thinking this publisher has also instituted a limited access model.

Publishers are mistaken when thinking if we can’t get the book from the library, we will buy it new. I for one won’t be buying brand new hardback books and rarely do I buy a brand new paperback.  I don’t even buy full price ebooks–I watch for sales and I borrow from the library.  Publishers are not only hurting libraries but will be hurting their own businesses.

But the real kicker is beginning November 1, 2019, Macmillan Publishers will allow libraries to purchase only one copy of each new eBook title for the first eight weeks after a book’s release.  To put this rule in perspective the King County Library System in Washington blogged the following: “Libraries maintain ‘Purchase to Holds’ ratios to minimize wait times for popular titles. As a large library system, KCLS maintains a 5:1 ratio. That means for every five holds placed on a title, KCLS purchases one copy to ensure a maximum wait time of three months. To illustrate, after months on KCLS’ Top 5 eBooks list, the bestseller Where the Crawdads Sing by Delia Owens still has 1,848 holds on 372 copies. Educated: A Memoir by Tara Westover has 1,089 holds on 358 copies. If KCLS had been limited to only one digital copy of each of these high-demand titles and then had to wait eight weeks before being able to purchase more, the impact would be dramatic. Patrons could conceivably wait years rather than months for their eBook.”

To lodge my protest about this unfair and greedy practice I went to the following website, #eBooksForAll  and signed the American Library Association’s petition.  I will also not be purchasing any ebooks published by Macmillan Publishers.

On Thursday I bathed and clipped Ms. Emmi, painted a door and who knows what else! On Friday I mowed the grass/weeds and in the evening we went to Dan’s for dinner.  Louanne is missing in action–but will arrive soon.  Dan is a great cook and we had a wonderful time catching up.  The Cowboy has been working hard–too hard–Friday he worked all day installing some duct work above the ceiling joists and was just worn out.

So, Saturday we played, driving north into the mountains above the town of Safford.  We reached an elevation of over 10,000 feet and it was dang chilly up there! We even found a waterfall and a lake! Beautiful drive which was steep enough with tight switchbacks to have me clinging to the arm rest and squeaking at times! 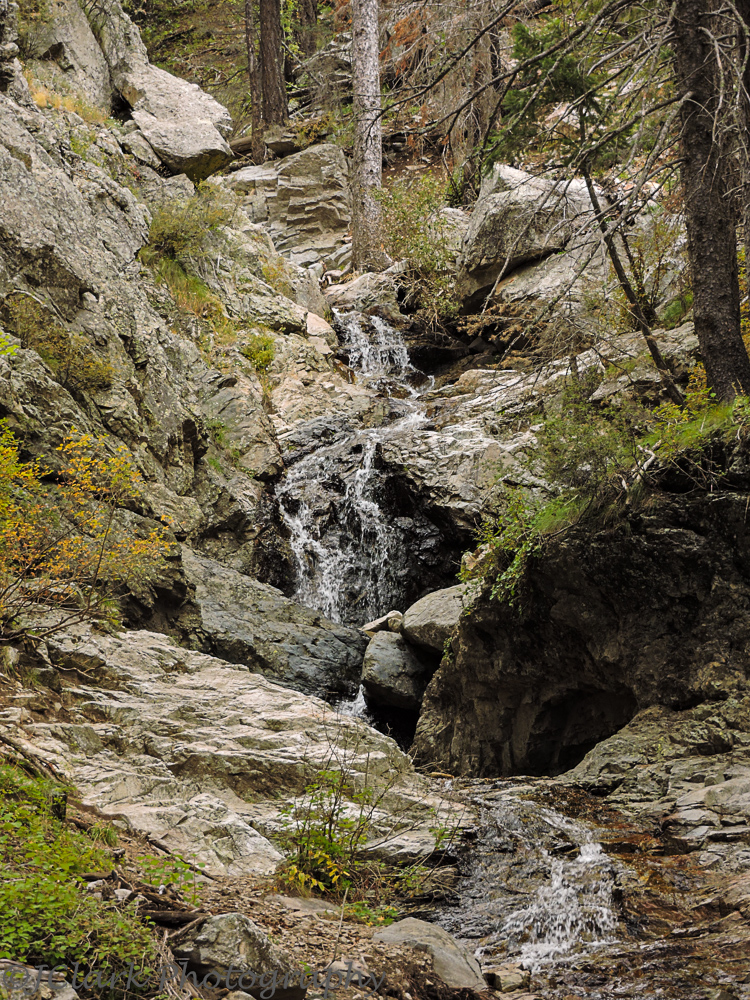 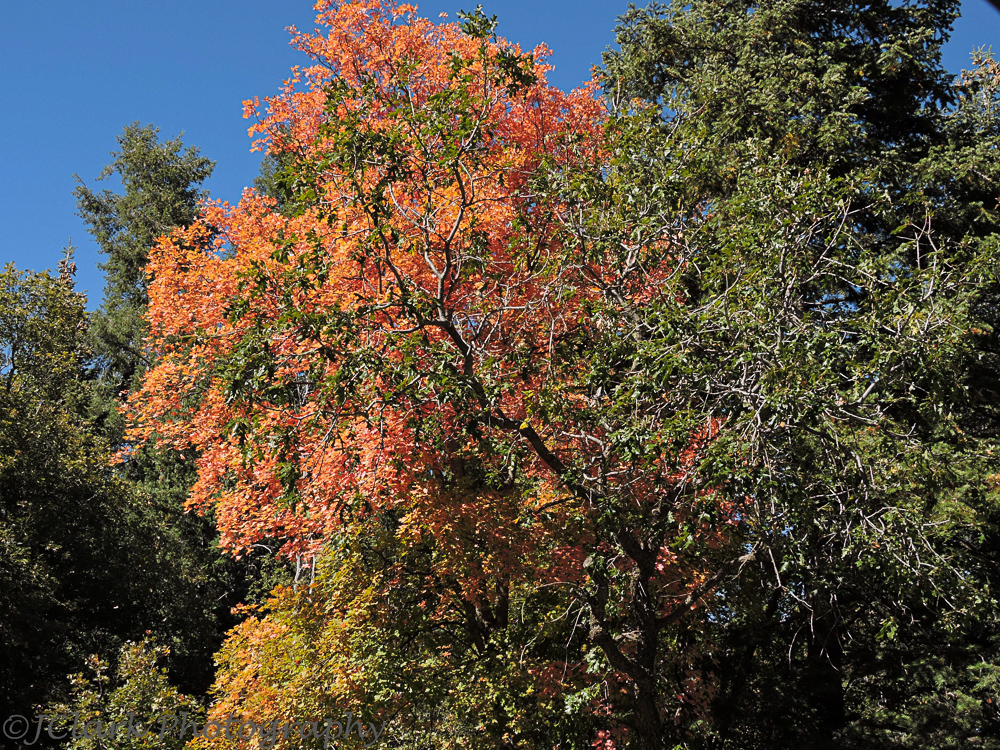 The Pinaleno Mountains have seen many fires. 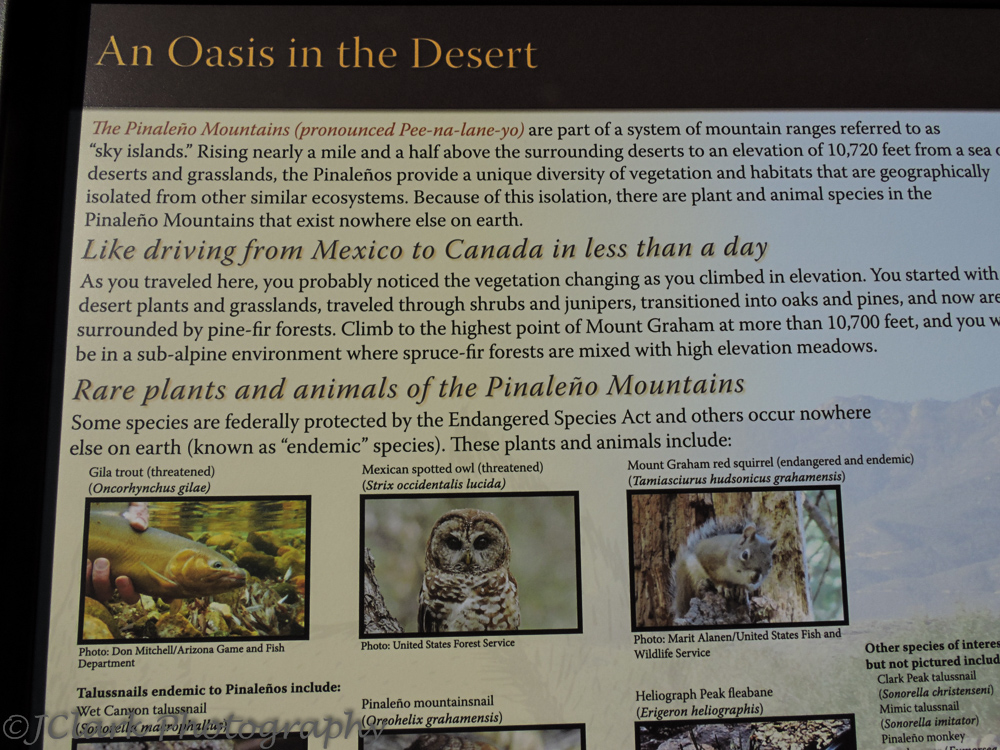 From our house in the valley below and south of the Pinaleno Mountains we can see an observatory on the highest peak–Graham Peak. 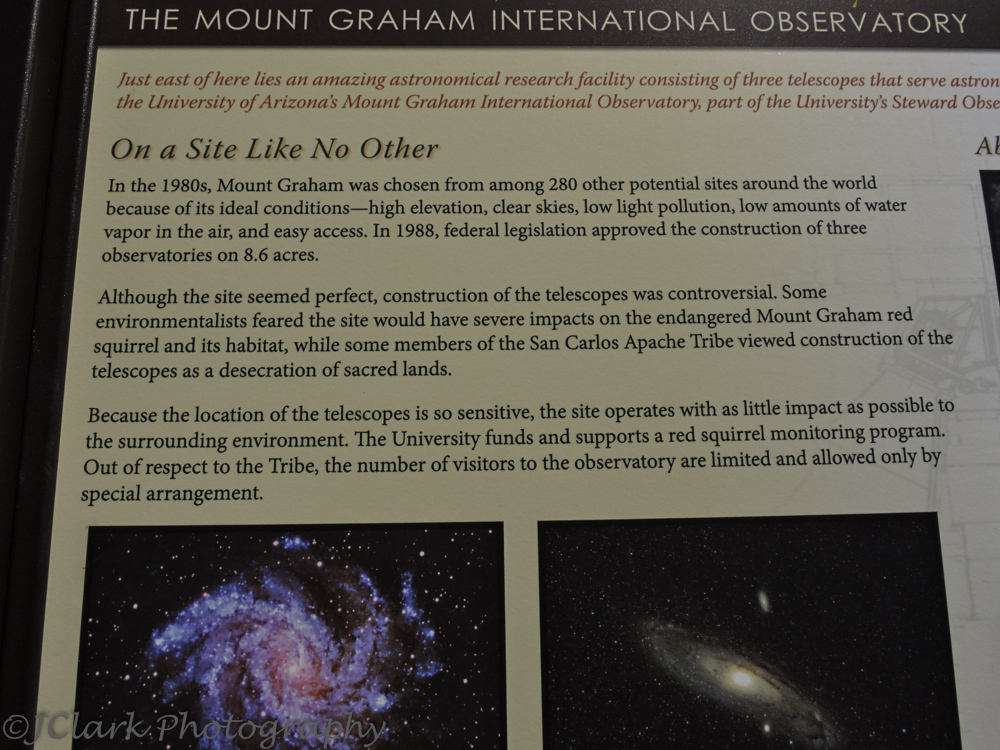 My painted door–it was a hideous yellow color when we purchased this house and I’m just now getting rid of that yellow. It’s more of a mushroom color than this photo shows.  Sunday the Cowboy hung drywall in the new hot water tank location and I went to church.  A young couple originally from Arizona spoke this morning–they have been missionaries in New Guinea for five years. They have two young boys and are on an extended furlough in the States. In spite of being so young (probably less than 30 years old) the man was very articulate and a great speaker.

After lunch I tackled house cleaning–as you read above, the Cowboy installed duct work.  Before this installation, we were just leaving the door open between the two houses so the cool air from the evaporative cooler would circulate into the guest house.  And all the construction dust also circulated–the guest house where we live was a mess but I refused to clean until the duct work was in and we could close the door.  Now we have a clean house–thank goodness–I was ready!

18 thoughts on “Libraries, Publishers And We Take A Day Off”