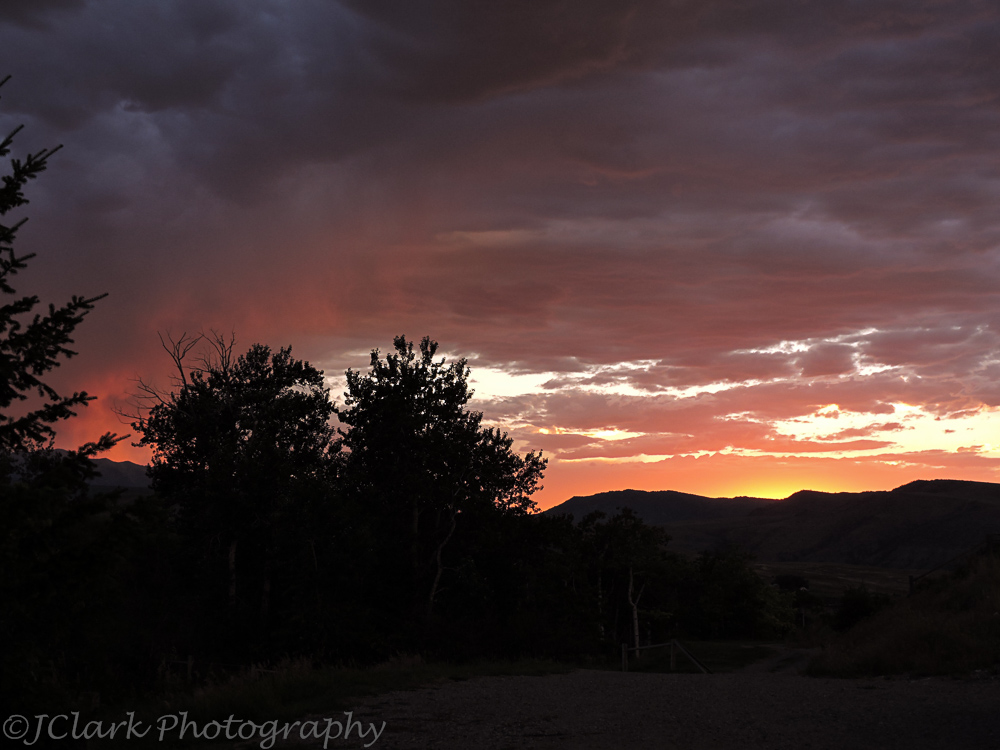 Bright and early Monday morning the Cowboy was on the phone with Air Lift, the manufacturers of the air bags he had just installed on both the truck and motorhome.  A new bag is on its way to us–great customer service!  We spent the day puttering with the rigs–motorhome and truck camper.

It’s a good thing we own two RVs at the moment! You see, we had some scheduling conflicts. The Cowboy had planned to head out with some of his long, long time friends for a few days of tall tale sharing, ATVing and hot springs soaking. I had a hair cut appointment scheduled in Billings during the time the Cowboy would be gone. Those two events would not have been a problem. Then the endodontist called–they had an opening and could move up my last root canal appointment by more than two weeks. Now I had appointments on two different days. Haircut could not be rescheduled and I wasn’t messing with that root canal appointment! So, we decided I would take the truck camper to Billings on my own!! The Cowboy would take the motorhome.

Parked outside the hair salon you can see truck and camper are still in one piece! I would run out the slide, start the generator and air conditioner so the Princess Emmi could stay cool each time I stopped to go in a store. It was miserably hot in Billings today.

When I finished my errands we headed out to Shannen’s–the Cowboy’s daughter and her family who live just outside Billings on 20 acres. I really didn’t feel comfortable boondocking by myself in Billings. I would have had to run the generator all night so as to stay cool. I’m not inclined to pay Billings RV park prices so I have a place to sleep–$80 a night! Hotels which take pets do not allow the pets to be left alone in the rooms so the truck camper it was!

Parked at Shannen’s with views all around. They’ve gone off to barrel race tonight and I declined to go–way too hot for this girl!! Emmi and I are hanging out in the air conditioning!

I love this photo!! Laci and Lora are back in Germany. On the flight to Germany Lora suddenly realized she had her first loose tooth. I gather there was a little drama. 😁😁