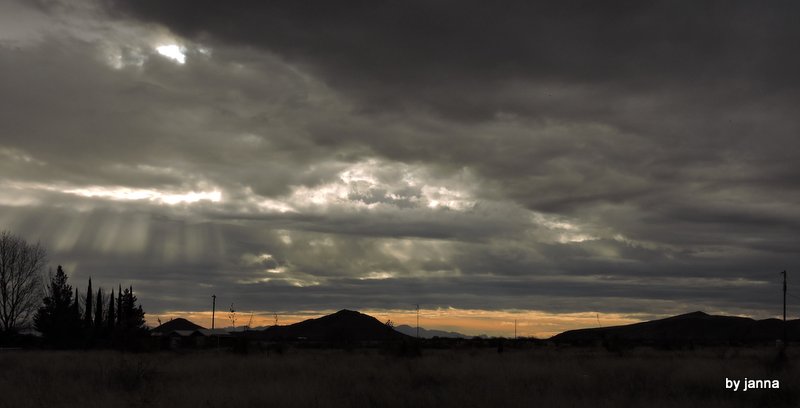 That little strip of early morning sunshine was the last of the sun we were to see on Thursday–46 degrees and rain–again.

Yoga resumed Tuesday morning after our instructor’s holiday break–it was a fabulous class.  Our friend Janice went with me for the first time and I think she enjoyed it?? 🙂

The Cowboy used his new toy– 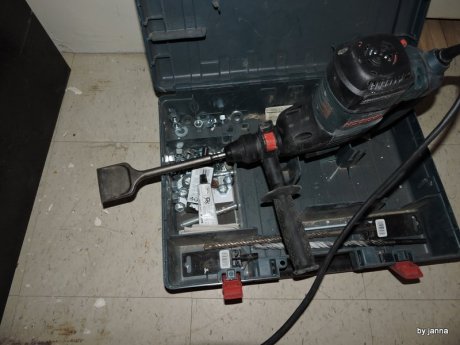 –to strip some stubborn, sticky linoleum floor tiles.  Hard, heavy work!  He wants to move the refrigerator to its permanent home so he can finish removing all the drywall in the kitchen.  He’s been busy in the electrical department the last couple days.  Before we joined the two houses the electrical panel was on the outside of the main house.  The Cowboy has re-wired most everything and used the new panel which is now on the outside of the hallway that joins the two houses.  The water pump was wired into that old panel and the Cowboy has been digging and pulling wires the last two days in order to wire the water pump and RV hookups into the panel where the main meter is located on a pole. 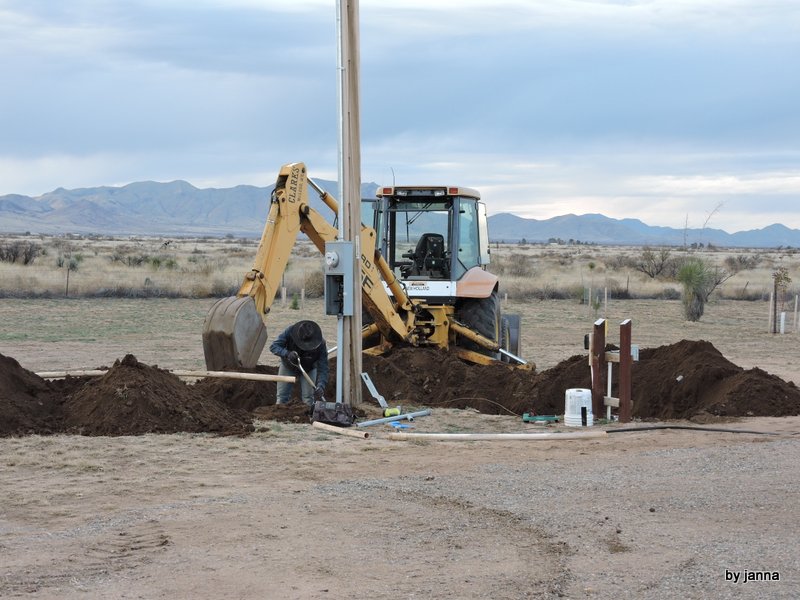 That pole and panel is where the pump breaker will be located.

And he was successful in avoiding all water lines!

Wednesday morning I dug tumbleweeds–some days I am discouraged thinking I will never get rid of all those tumbleweeds and other days I think I’m making progress–which I am!  I only dig about one hour then rake all the tumbleweeds into piles.  The tumbleweeds can grow to be massive.  The weed breaks off at the ground in strong winds and rolls across the landscape spreading seeds.  At any obstacle the tumbleweeds pile up–such as around the mesquite trees, along fence lines and against houses. 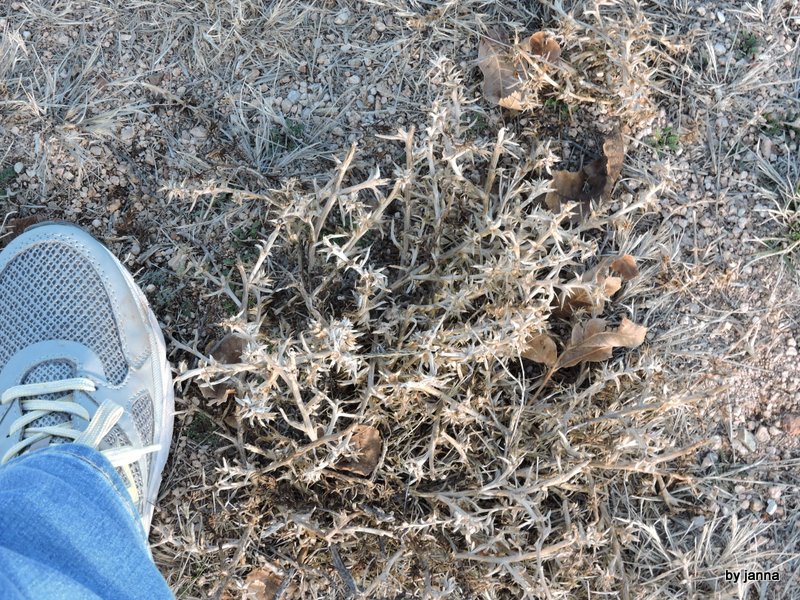 Wednesday afternoon I was ambitious enough to stain the beam I’ve been sanding and I also stained the two support beams–they look fabulous–just what I wanted!–photos to come.

Today was bathe the dog day, and I also gave her a haircut.  It’s been so chilly we’ve let Emmi’s fur grow shaggy and she looked like a little ragamuffin!  It took me almost two hours and when finished I was covered in dog hair–she wiggles a lot!  I’ve had lots of friends say they never want another dog which requires grooming–that would be absolutely wonderful–except–schnauzers don’t shed.  I’ve had one dachshund, and two airedales in my adult life–all three shed horribly.  After having the two schnauzers I am sold on the non-shedding factor–but that’s just me!

Tonight the Cowboy cooked–we went to the local bar, TJ’s for dinner and it was actually quite good.  Thursday is taco night–I had tacos and the Cowboy had nachos.