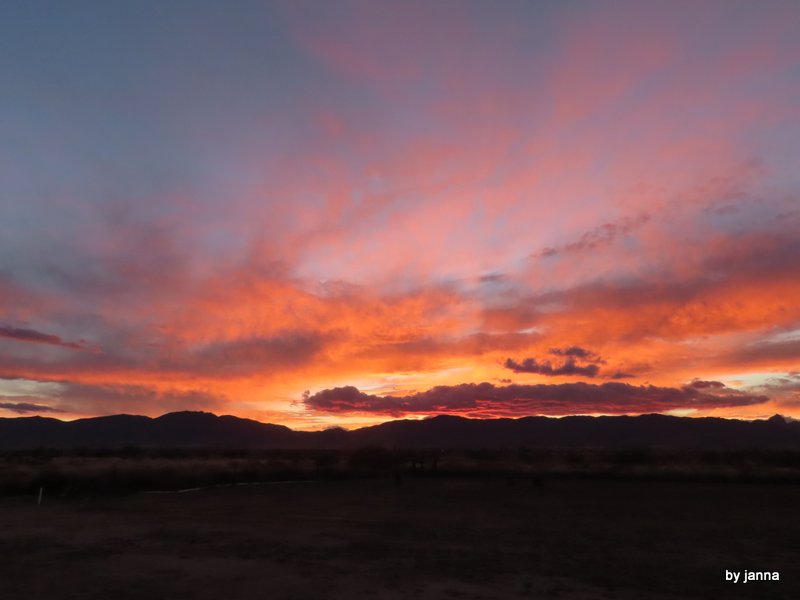 But I’m not so sure our day off was very restful.  For some strange reason (Christmas with their family perhaps??) Louanne and Dan left Arizona and flew to Oregon Tuesday–we were pleased to be their shuttle drivers.  I had an email from Louanne this morning and it was eight degrees–they were questioning their sanity.  It was very cool here yesterday but certainly NOT eight degrees!  After dropping Louanne and Dan at the airport and having a little lunch we headed to Home Depot.  The Cowboy researches his needed items on the internet and notes the location of aisle and bin numbers on his list.  So, it’s a touch easier to find things in that huge box store but Tuesday the elves had failed to stock the shelves.  Four times I had to go find someone to retrieve our needed items from the upper shelves.  It was an ouch day when we paid the bill–plumbing supplies are expensive!

On to Costco where it was another slightly aggravating day and another ouch day when we paid the bill.  On our last trip to Costco while still in Montana I picked up a bag of dried tangerines–we ate the entire bag on our way to Arizona–those things were delicious and I was so excited to get more.  Nope, out of stock, seasonal item–so disappointed!!  Also out of stock and probably not going to be available again was Emmi’s dog food–that’s a big deal for a sensitive stomach little doggie.  I was so aggravated I went and found a manager type person and voiced my displeasure–nicely–but voiced.  Costco was also out of whipping cream–good grief.

We braved I-10 leaving Tucson during rush hour and made it home to our little slice of heaven about 5pm.  This little part of Arizona isn’t everyone’s cup of tea but it sure is ours!

Wednesday the Cowboy demolished some more walls and drilled through more concrete.  I tangled with the tumbleweeds and went to Willcox in the afternoon for a haircut.

Wednesday toward evening, the Cowboy decided it was time to remove that ugly green bathtub–the only problem, the two of us couldn’t budge it!!  So, my handy husband devised a strategy!!  He hooked a heavy duty crank strap to the tub and the backhoe, I stood in the doorway and directed while the Cowboy used the backhoe bucket to drag the tub across the concrete floor in the house.

Getting close to the door. 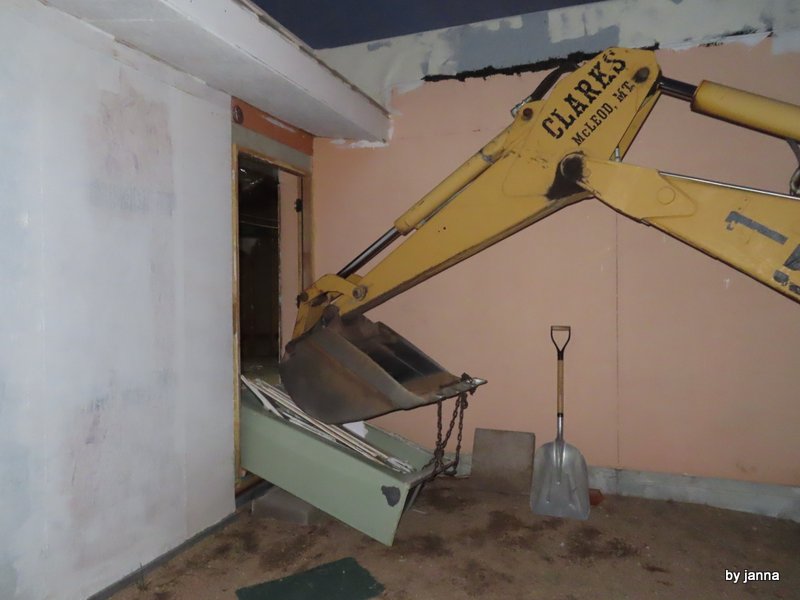 Today the Cowboy drilled more holes in the concrete–we’ve decided where the toilet is going to be located in the master bath so he’s headed that way with his drilling of holes.  This afternoon I was ambitious and demolished some drywall and nasty insulation–as the Cowboy said this afternoon, “we are about at the stage we can start re-building instead of destroying!”

Here comes the UPS man.  OK, Al and Kelly–recognize this place in the photos below?? 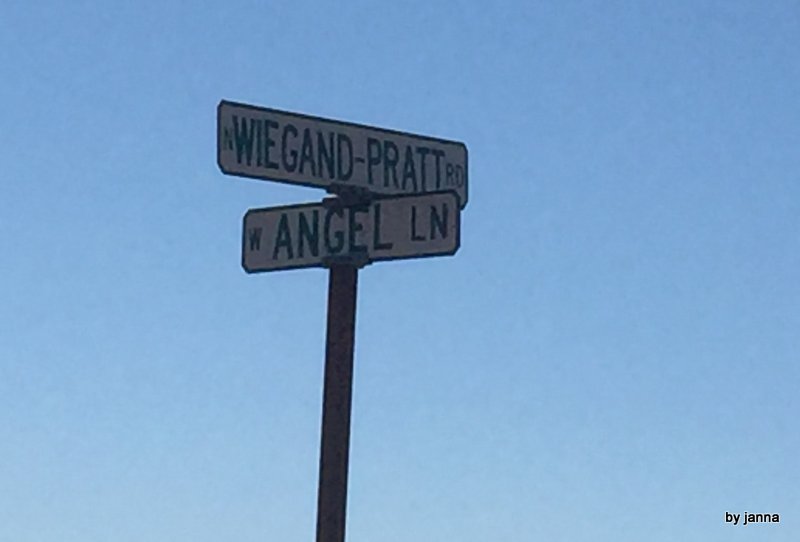 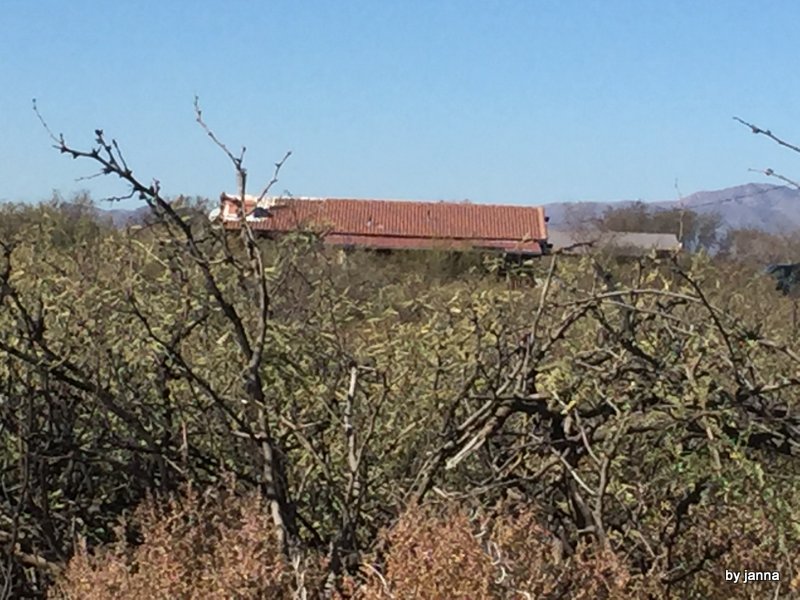 The mesquite has grown so tall in front of the house and there were people outside so I didn’t want to get out of the truck to take photos–this is the best I could do with the phone.

13 thoughts on “We Took Another Day Off”