It’s highly doubtful that we are becoming bums but we are taking more time away from demolition and restoring lately.  Sunday we made a supply run to Home Depot and the grocery store.  We didn’t need much but it was a beautiful day to be out and about.  Emmi was allowed to tag along and we enjoyed having lunch on an outdoor patio.

Monday our new ATVing recruits Dan and Louanne decided we needed one more outing before they head back to Oregon for a while.  We decided to attempt climbing China Peak.  Right off the bat we all decided “better safe than sorry!!”  The Cowboy had researched the trail and knew it would be tough but we ran into really tough stuff right away.  Larry and Geri always said–“better safe than sorry” and we turned around, heading for home.  We drove up a couple dead end roads and smelled the smoke before seeing it.  We knew the USFS was doing a prescribed burn and we had driven by several of their vehicles on the way up.  Seeing the smoke boiling up over the ridges made us a touch nervous and we decided once again, “better safe than sorry.” 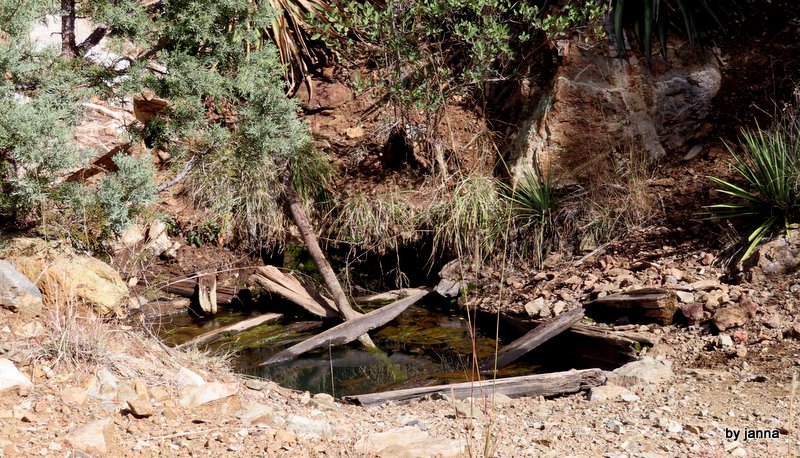 Water in the desert–kind of icky looking water but water nonetheless! There was a slow flowing spring right above this pool.

About the time we decided not to climb any higher up the peak.

Hey, did you forget about me??? 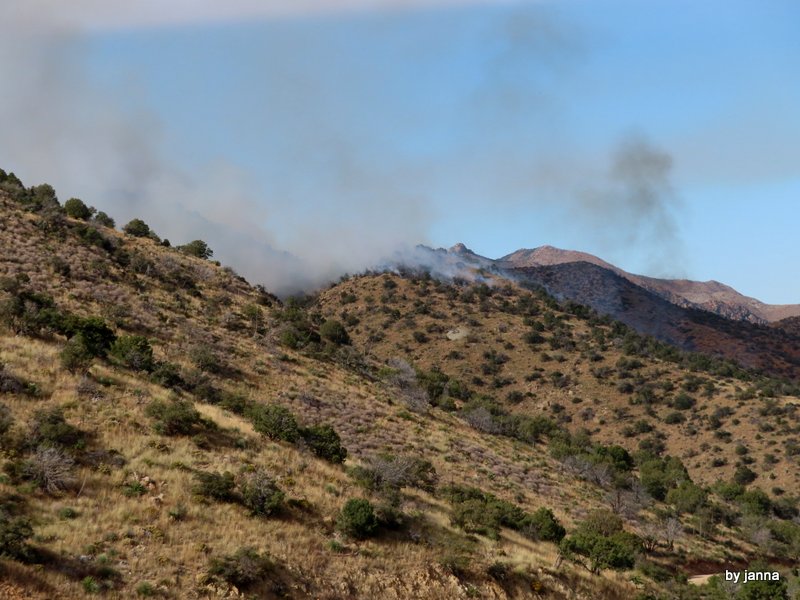 We can see this ridge and the smoke from our house. 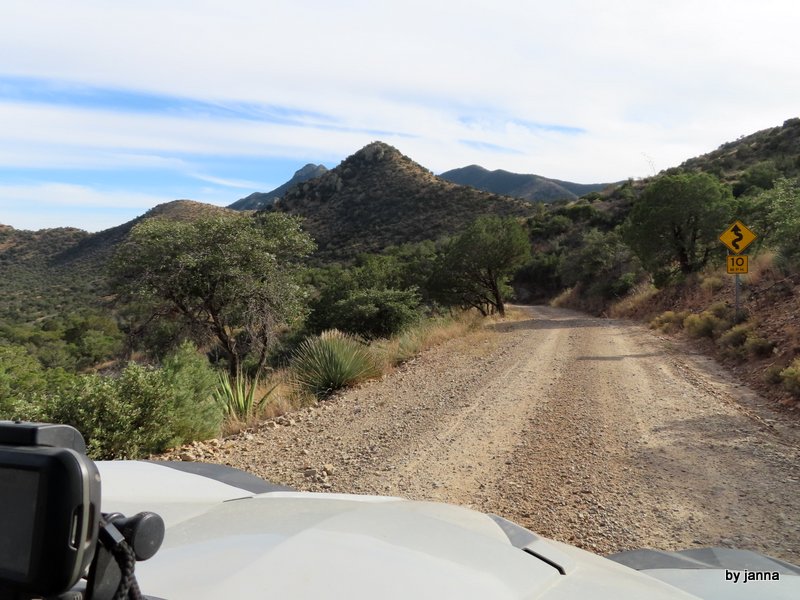 It was a chilly, mostly cloudy day so our photos are a little blah.

Tuesday morning it was obvious we had lost power sometime during the night–all the clocks were blinking.  We’ve spent the day working on various projects–the Cowboy has started a major demolition project in the main house.  I waged war on the tumbleweeds and after lunch put a new zipper in the Cowboy’s favorite vest–not an easy task!

And that’s what we’ve been doing.  Did you know Amazon will ship to APO boxes belonging to military personnel stationed in Germany–learned that little tidbit today.  And I used my Instant Pot last night and this recipe was a keeper.  You really wouldn’t have to have an Instant Pot but it sure makes quick work of getting the meat fork tender. The recipe is from the blog Pressurecookingtoday.com.  The only modification I made was to add about a quarter cup of red wine to the beef mixture after the pressure cooking cycle.

10 thoughts on “Are We Becoming Bums”