Forgot I took photos with the phone out at Stephanie and Larry’s the other night–they have a beautiful place–lots of trees and even a small patch of green grass!  Sarah, the lab, is about one year old and full of herself–she is saying, “someone throw the dang ball, just throw it!!!” 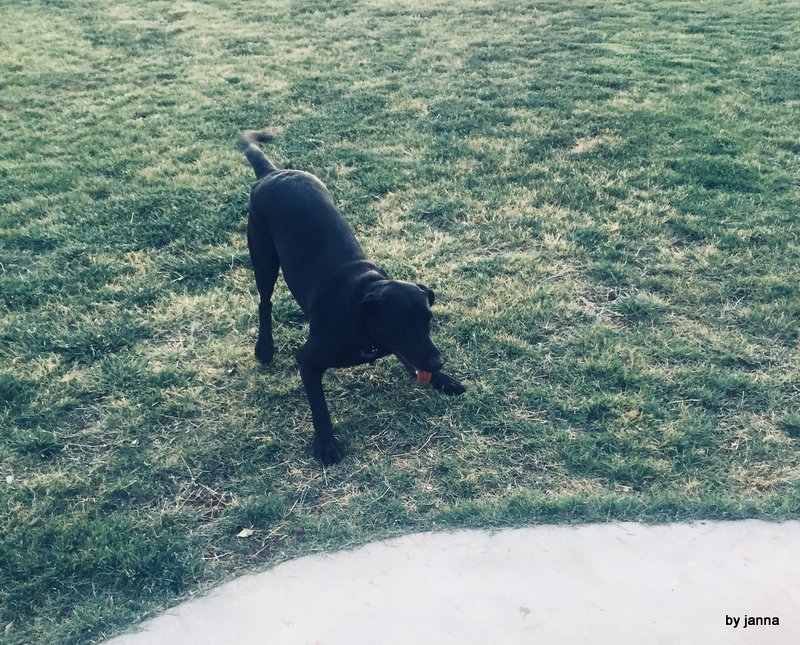 Well–once again I’ve been drafted!  The Cowboy lifts me onto the roof in the backhoe bucket–for some reason I find that easier than taking the first step off the ladder onto the roof.  I can climb the ladder with no issues but once it’s time to step from ladder to roof I just can’t make myself do it!

Wednesday morning we had no wind and it is getting to be crunch time–So up on the roof I went.  Under the west facing roof of the main house will be partially living/dining room and partially open porch.  It’s a very flat roof and the Cowboy needed help laying out the tar paper and rolled roofing.  Each section of rolled roofing requires a line of tar like caulk the entire length of the roof.  Between the Cowboy’s tennis elbow and my arthritic hands we are a pair.  So, I used the caulk gun–the entire length of the roof times five–my hands were a touch stiff Thursday morning!  Sunday or Monday the Cowboy mentioned a battery operated caulk gun–WHAT??–yep, it uses the same batteries which all the other power tools use.  Of course the dang thing wasn’t delivered until AFTER we laid all that roofing Wednesday morning!  But there’s still more roofing to be laid! 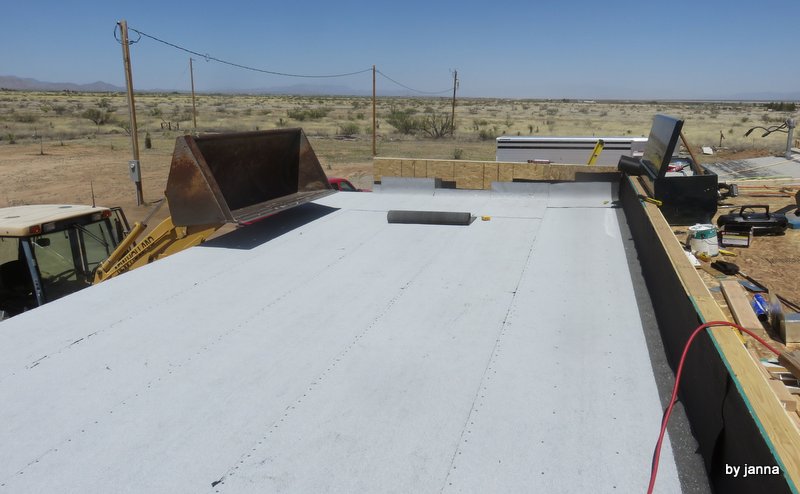 It would have been so, so much simpler to have just repaired the roofing OSB and laid metal roofing–we would have finished the roof a long time ago.  But, I’ve always wanted a southwest/Santa Fe style house and the Cowboy wanted to try making us one–and he’s going to be successful–the houses are going to look great!

Wednesday evening Louanne and Dan came out bringing their Boise, Idaho guests Bunny and Arnie with them.  The wind had died and we were able to sit outside to enjoy the evening.

The wind has been relentless today–I worked at the library this morning and while trying to lower our flag to half mast recognizing the death of Barbara Bush, the flag and I had a run in with an ocotillo cactus–no major damage but our library flag is not quite at half mast so the ocotillo won’t eat the flag!  I’m thinking that particular cactus needs to go!

Relentless wind–the Cowboy worked on the roof for just a couple hours this morning before coming down to earth for some ground level working–much safer!  And with the relentless wind comes no humidity–I don’t think I’ve ever seen 1% humidity before!! 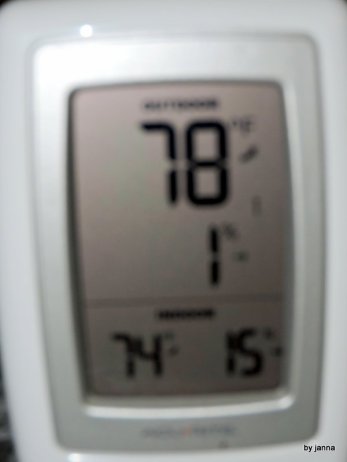