Larry and Geri left us home alone this morning–they were heading to Casa Grande to visit friends then back home to North Ranch.  Monday was a fabulous day–we took our friends through the Chiricahua mountains over to Portal, Arizona, on to Rodeo, NM and back home through Douglas, Arizona.  We’ve done this drive many times and never tire of the gorgeous scenery.  We kept saying, “you would never know you were in Arizona!”  We did find less water in the creeks than when we’ve driven this road in the spring.

We saw lots of deer. 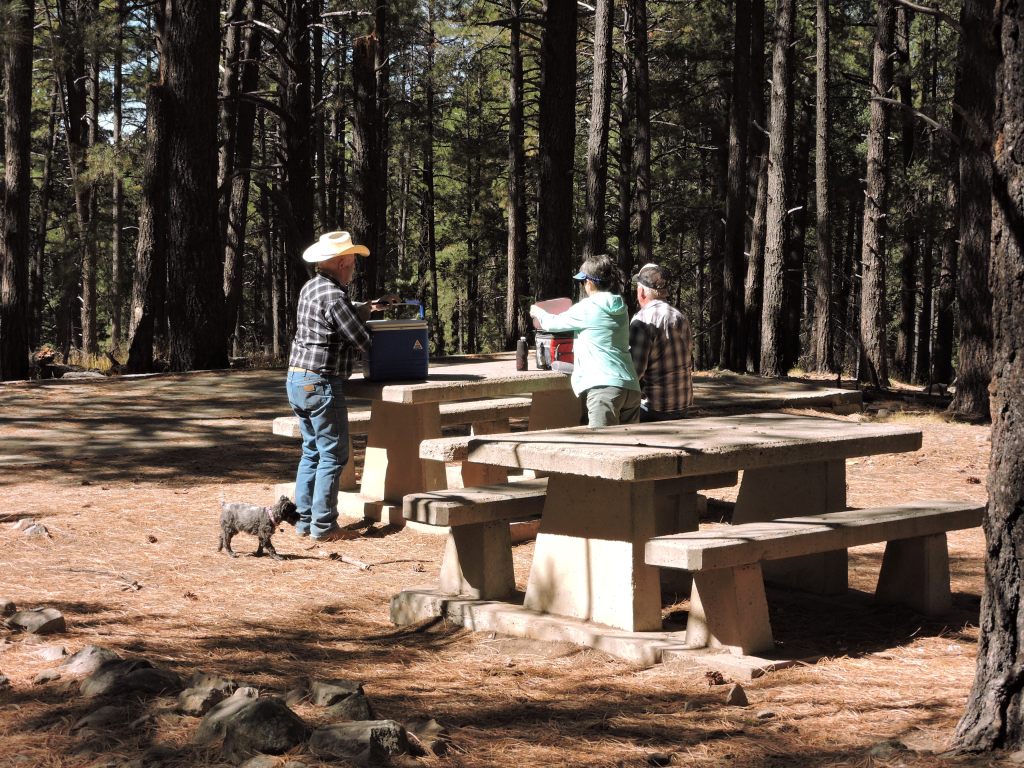 A picnic lunch at Barfoot Park.

“As we traveled up the mountain road we saw several side roads and took one to Barfoot Park where we found several concrete foundations, many concrete picnic tables and nothing to indicate what these structures had previously been.  There was a National Park sign indicating the location of a fire tower foundation high on the mountain but nothing else.  Back home–Mr. Google to the rescue.  The fire tower–Barfoot–in spite of being wrapped in fire retardant material burned in the June, 2011 fires in the Chiricahua Mountains.  Barfoot Park began in 1903 with a forest ranger station.  At one time there was a sawmill at Barfoot which supplied lumber for the US military Fort Bowie and for Tombstone.

And from the Tucson Citizen–the foundations and picnic tables are from the Camp Victorios Cochise County Boy Scout Camp established in 1923.  The camp was abandoned in the early 1990’s due to lack of money and problem bears–one story recounted a child being dragged 60+ feet by a bear.”–from a Restoration Cowboy Style blog written earlier this year. 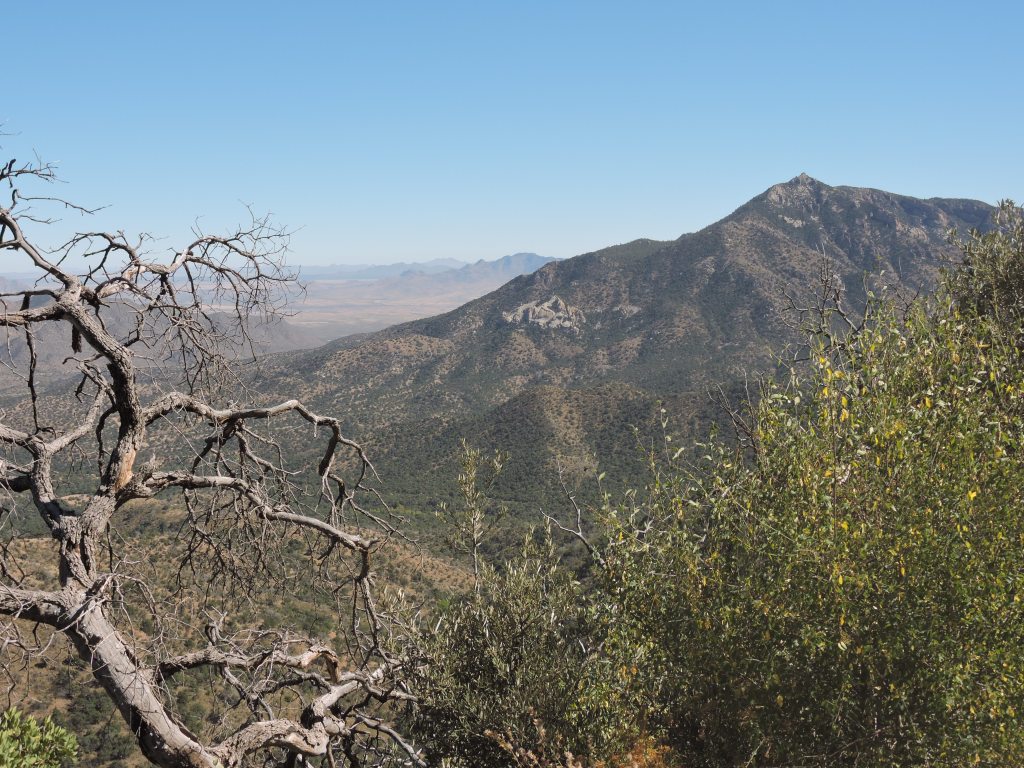 In Douglas we had Dairy Queen ice cream for supper–it was much warmer there than up on the mountain.  At the WalMart store in Douglas there are covered parking areas made from solar panels–nice!

After Geri and Larry left the restoration work started–I cleaned the refrigerator we purchased last Friday–does anyone ever sell CLEAN items–if so, I never seem to find those items!  The Cowboy reassembled the refrigerator and installed new ice maker tubing–it will be nice to have ice again!  After lunch we decided to retrieve the evaporative cooler from the roof of the main house where the Cowboy had parked it while re-roofing the guest house.  This required the use of the backhoe and me–I was in charge of getting the Cowboy and cooler off the roof–success! 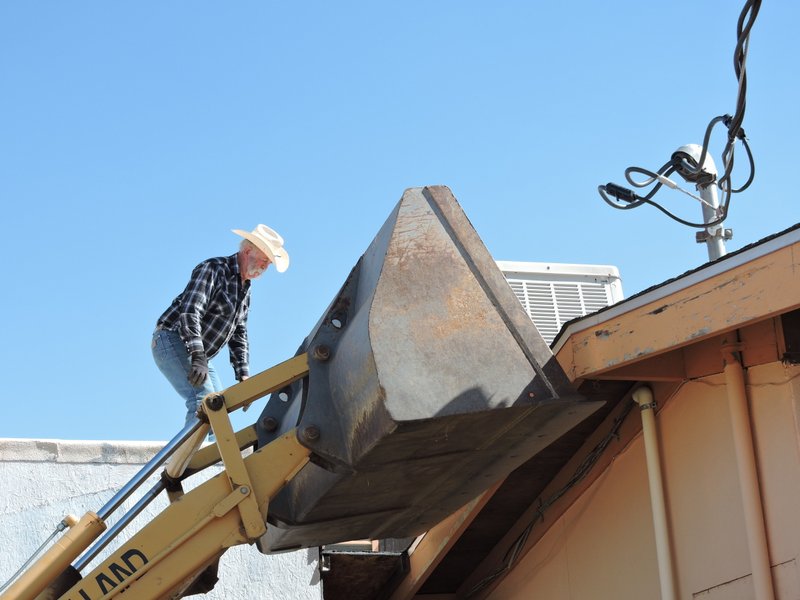 We are so glad there is a hardware store right in Pearce–the Cowboy needed parts for the evaporative cooler and amazingly, that little store had what he needed.

Emmi girl needed a bath and clip–she has to be cooler now judging by the pile the fur I swept up. The washer/dryer was intensely used today–it’s amazing how laundry accumulates for just two people.

The local telephone co-op offers high speed DSL–you have to have a land line in order to receive the DSL but that’s OK–total charge per month–$80 and guess what–unlimited data!  Take that Verizon and your so called unlimited plan.  I finally got a Verizon rep to admit how ridiculous it was to call their data plan “unlimited.”  He said, “I have that plan and believe me, it’s NOT unlimited.”

We stopped at the Portal Store and Cafe just to look around and to see if they had ice cream.  I was standing outside the front door taking a photo of the cafe hours and menu when I heard loud scratching/running through the gravel.  We had left Emmi in the pickup with all the windows down just across the street and she was making her displeasure known.  When I heard the noise my first thought was, “oh no, another dog is after Emmi and it’s going to jump up on the Cowboy’s truck making scratches.”–it only took me seconds to think before I saw this javelina zipping right by my legs!

Geezz!  Some guys came around the corner and said they had just chased him out of the garbage cans–well, could you have chased him in a different direction???

12 thoughts on “We Are Home Alone”