The Cowboy and I have been hard at it now for many months and we are tired.  That coupled with the unbearable Montana heat wave made us realize we needed a break.  A break from work, from the heat and from the internet/phone.

Sunday morning we left home heading for the Big Hole in southwestern Montana–which Lewis and Clark traveled through many moons ago.  We were seeking elevation for cooler temps and lack of cell towers for relaxation.  We found both at a USFS campground–Twin Lakes.  Paradise is not without its issues and the road into this paradise was the issue!  At one point the Cowboy stopped to retrieve the GPS which was in the RV.  When he got back into the truck he said, “well, the cabinets are still on the walls!” 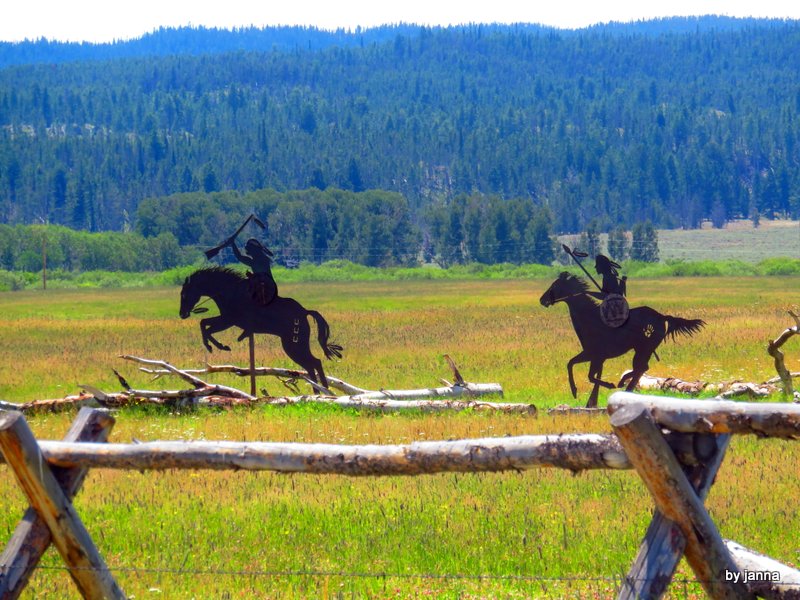 Twin Lakes is a wooded campground on the shores of two lakes surrounded by huge mountains at an elevation of 7300 feet.  The temperatures have been heavenly but the Big Hole is not without another issue–mosquitoes–helicopter sized mosquitoes.  My spray bottle of OFF has been my constant companion.  I’ve tried the “healthy” mosquito repellants and they don’t work for me so DEET it is.

Our new to us trailer is working well–we now know we need more batteries–it came with only two and two is not enough to run the furnace which we’ve had to do some mornings and evenings.  We’ve run our generator way more than we’ve ever run a generator.  The campground up until Thursday evening was mostly empty so we weren’t disturbing anyone.  The shower in the trailer was built for a child but other than those two issues, it’s working well.

Sunday evening and Monday we took the CanAm out for runs finding trails obviously not used since hunting season last fall–the Cowboy got his exercise cutting dead trees which had fallen across the trails.  It’s beautiful up here–forests, wildflowers, lakes, mountains–we are loving it!

Tuesday the Cowboy decided a water activity might be the ticket and managed to assemble our Folbot kayak for the first time in a loooooong time!  The two lakes are connected via a very narrow channel–going out the current is against you and it was a bit of a struggle to get through into the second lake.  On the far shore of the second lake we spotted a bear who quickly disappeared into the woods and a bald eagle.  Being on the water in a kayak is one of the most relaxing activities–even Emmi enjoys it, napping in the Cowboy’s lap. 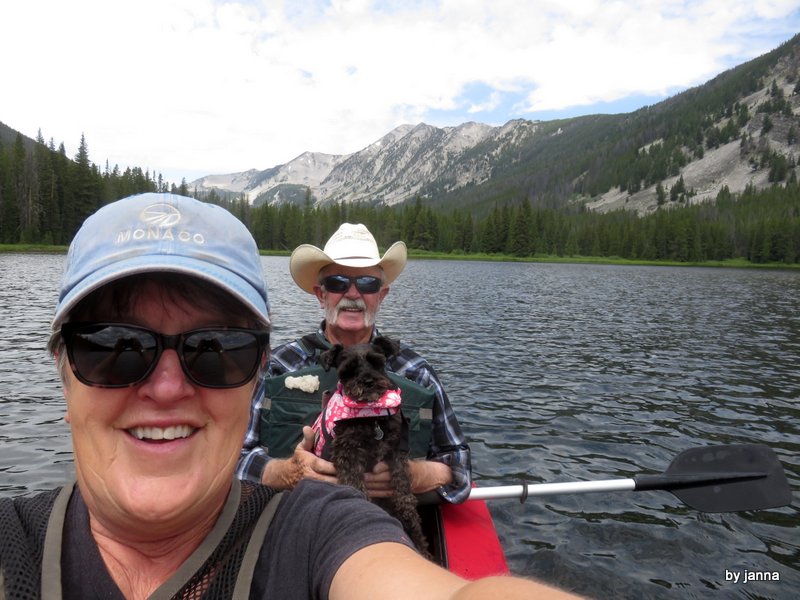 Tuesday evening Sarge, Sarah and Callie arrived to keep us company.  We enjoyed time around the campfire and Wednesday took off on an ATV ride to Ajax Lake–mind boggling beautiful!  I am thinking it’s one of the most beautiful places we’ve ever been.  The trail was challenging in places but not bad. Back home just in the nick of time before the skies opened and dumped rain, we all examined the backs of our eyelids then assembled a world class dinner–halibut Sarge caught in Alaska, roasted potatoes, broccoli and a salad.  Sarah had made gluten free brownies with blueberries–they were delicious and I am regretting sending the remainder of them home with her! 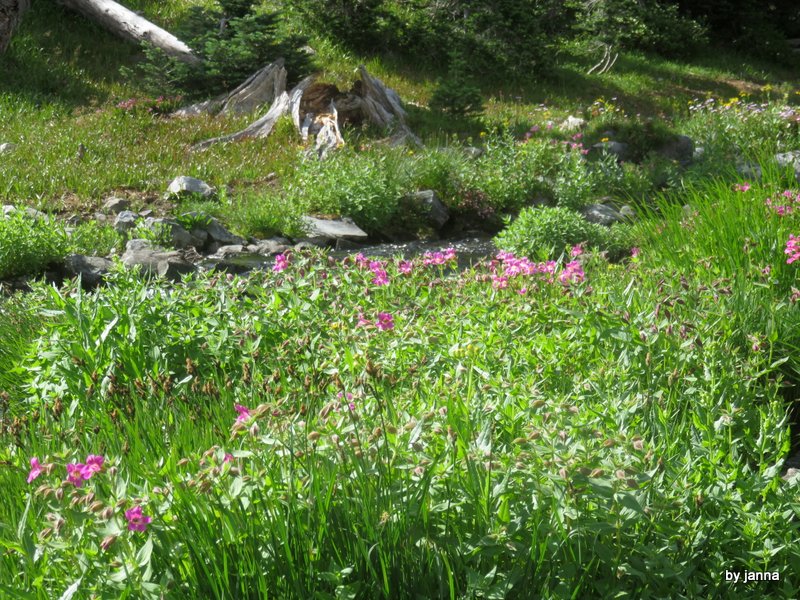 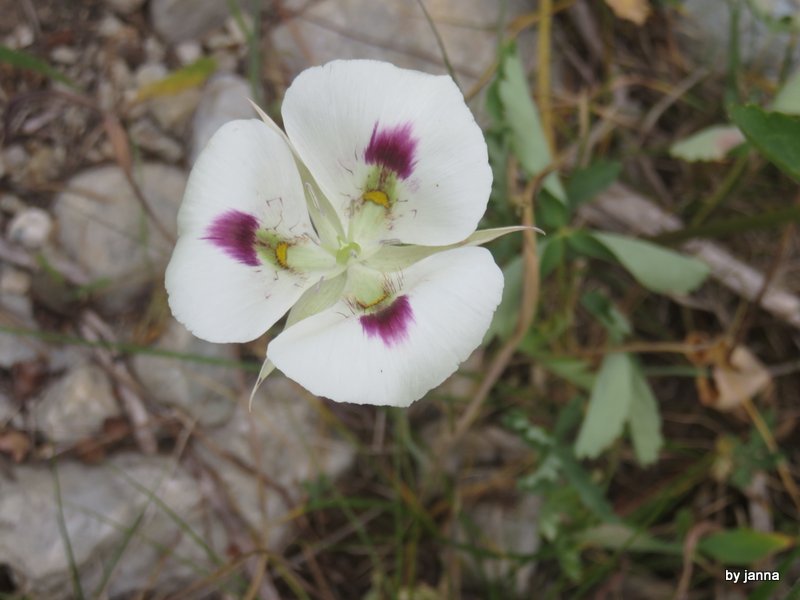 We took another short ATV ride this morning running into a 50 inch very difficult trail we weren’t able to ride.  We enjoyed our lunch by the creek before returning to Twin Lakes so Sarge and Sarah could pack up to leave.

The clouds rolled in again this afternoon and it rained again.  We’ve spent the time inside the RV reading and playing SUDUKO–relaxing!

Our nearest internet connection is eight miles away along the county road–we call it the phone booth–all our ATV rides take us by there and we stop to see if anyone back home needs our attention.  Sarah cares for her elderly mother and needs to be in touch frequently.

So–that catches up the blog–we aren’t ready to head home just yet! 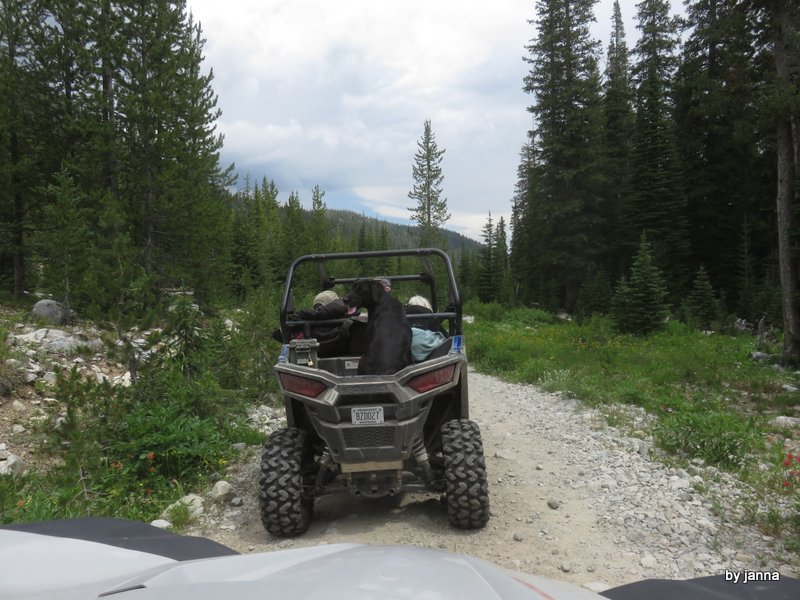