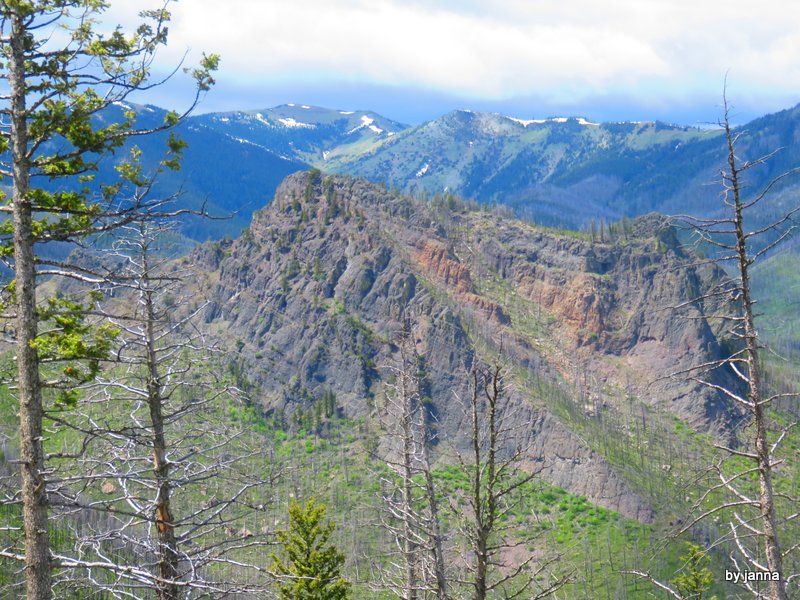 We joined Lonn, Katie, Mike and Brooks for a close to home fabulous ride on Father’s Day!  In 2006 a huge forest fire named the Derby Fire caused us to be evacuated–the area we rode yesterday was burned by that same fire.  It was heartening to see all the new growth–lots of new trees, abundant wildflowers, wild strawberries and raspberries–it was really quite beautiful! 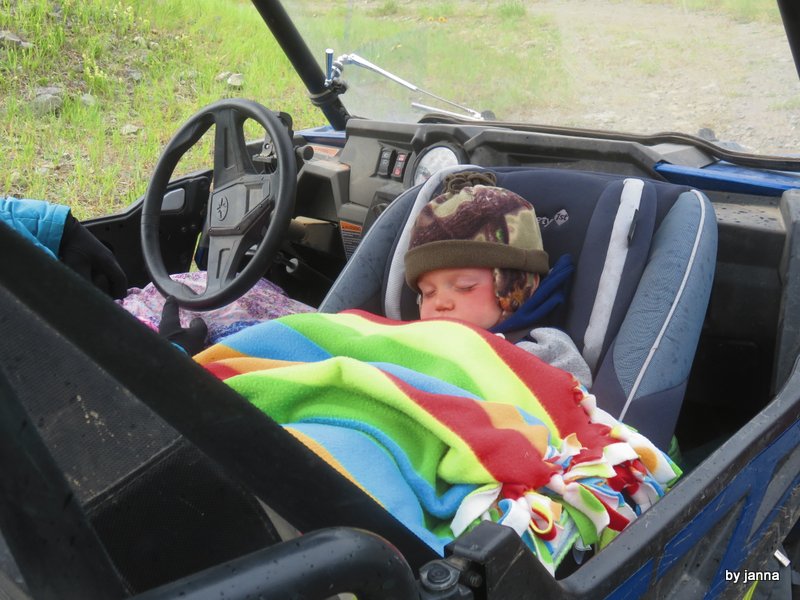 Brooks is asleep before the wheels start rolling but as soon as the engine stops–he wants out!  He is such a trooper–Lonn and his gang brought their RV over on Saturday so Brooks experienced camping for the first time. 🙂

We had gray, heavy clouds part of the day and sunshine at times.  It was dang cold on the 18th of June!  We wore coats, gloves and hats most of the day!  You can see how Brooks was bundled!

When the new baby comes Lonn may have to look into purchasing a four seater????

We ended our ride fairly early in the afternoon so we could stop and visit with Nat on Father’s Day.  Then it was home to prop our feet up!

Today the Cowboy started cutting hay–it’s a little early for us but the hay seems to be ready, we have what looks to be a run of good weather and we have a few grasshoppers–time to cut!  I finished a customer quilt today and chores–those routine things which have to be done.

I also made homemade tortillas–when in AZ there is a little grocery market nearby which sells fabulous tortillas.  In Montana good tortillas don’t exist–so I make them.  It’s really very easy although I think I am going to order a tortilla press–with arthritis in my hands, I have a hard time rolling the dough thin enough.