Maybe not side by side, but the two vehicles fit with room to spare.  We now have a garage with working garage door, an enclosed space where the Cowboy can store his treasures and also putter.  He’s a happy man tonight!

I was handed a caulk gun this morning and sent off to work–caulk all the seams on the outside of the garage.  Either the Cowboy has never seen my caulking work or he just didn’t care–just so it’s finished–so off I went and you know, by the time I was finished my caulking wasn’t so bad!

Early afternoon we had a visitor–a woman who came highly recommended as a property caretaker.  She will be our caretaker–checking on the houses, mowing grass, watering trees/plants.  In North Ranch our friends Jerry and Caryl performed this chore for us and it was much appreciated.  It provides peace of mind to know someone is checking!

It was less than 80 degrees today and super windy–the Chiricahua Mountains were totally obscured by dust from the Willcox Playa–“an area of flat, dried-up land, especially a desert basin from which water evaporates quickly”–Google.  It’s mighty barren over there and all that sand and dirt takes to the air when it’s windy at times causing the closure of I-10.

The Dragoons were gorgeous this morning but by noon those mountains were shrouded in heavy smoke–there is a 20,000 acre forest fire burning on lands under the jurisdiction of the Coronado National Forest, Bureau of Land Management and the Arizona Department of Forestry and Fire Management.  The fire is near the Las Cienegas National Conservation Area.  Monday all day and into the evening I smelled smoke–as in grass/forest fire kind of smoke.  Today the smell was worse and the mountains were shrouded–we don’t have TV and had heard nothing on the radio so Mr. Google to the rescue. 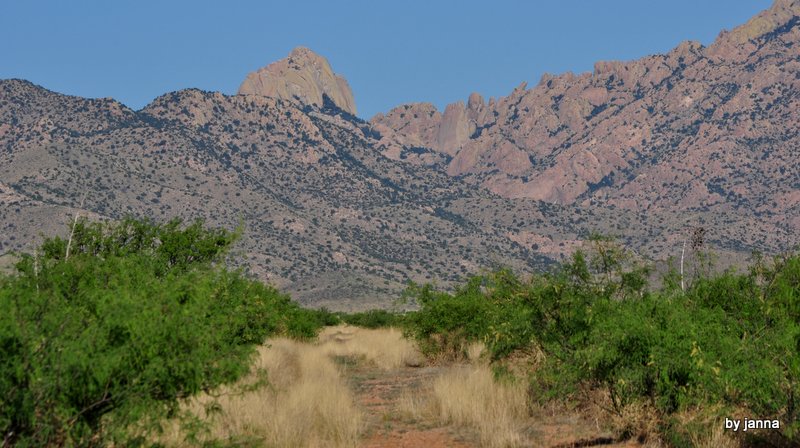 I’ve been playing with the DSLR camera using the tips our friend Nina from WheelingIt gave me.  I took this photo of the Dragoons early this morning before the wind blew the smoke over the mountains. 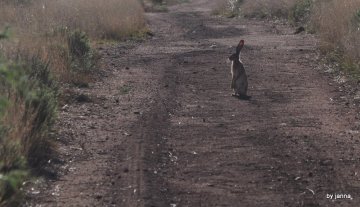 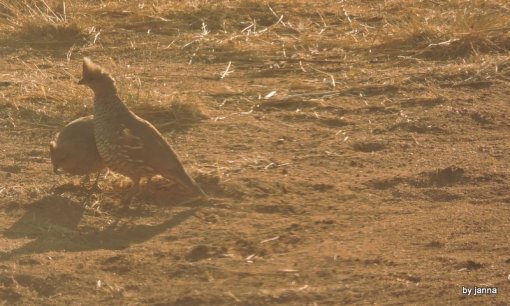 I am loving the Merlin Bird ID app–it’s a free app and so far I’ve used it to identify these scaled quail, an Abert’s towhee and an eastern meadowlark. The photo of the quail was taken through a tinted motorhome window.

8 thoughts on “They Fit”